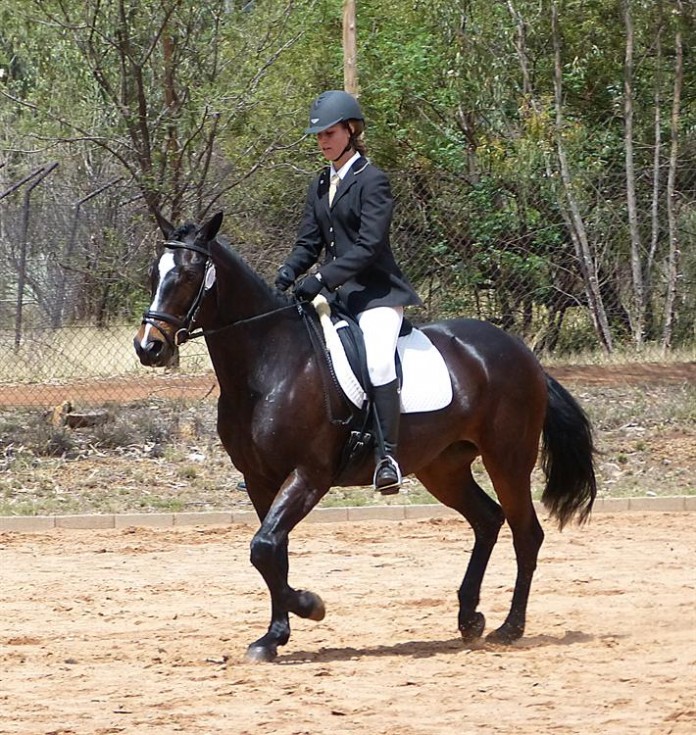 Horse riders of the Sir Sherry Stables in Bloemfontein did extremely well in the Showing Championships last year in Klerksdorp and their performances were crowned by the showing of Suré Schutte on the horse, Anastasia Lady, an Irish Sport Horse owned by Lee-ann Trisos.

In December last year Schutte of Eunice Girls School in Bloemfontein took part in the South African Junior Showing Championships in Johannesburg and competed against the best riders in the country. In a great showing she won the Junior Working Horse Class.
She also came second in the Working Hunter Class and the Junior Reserve Working Horse.

One of her club mates, Dyson Trisos of St. Andrews Secondary School, won the Working Horse Open on his horse Brebilene in the Showing Championships in Klerksdorp. He was crowned the Supreme Champion in the Working Champion Open and in the Master Class he was placed fourth on his Irish Sport Horse. This keen and accomplished rider was crowned Warmblood Victor Ludorum and with this outstanding showing he received his Free State Colours in the Open Class for Working Hunter.

Schutte also performed well in the Championships in Klerkdorp. She came in second in the Working Horse Class on Anastasia Lady. She was also the Reserve Champion in the Mini Complete Horse competition. That was not the end because she became the Novice Supreme Champion on a Working Horse. With fourth place in the Warmblood Working Hunter and Hunter in Hand she also received her Free State Colours in the Novice Class.

Anastasia Lady also played a leading role in the performances of Shirley Scholtz and Lee-aan Trisos in Klerkdorp. Scholtz was crowned as Reserve Champion Warmblood in Hand and won bronze with Warmblood Hunter in hand and Overall Warmblood Mare. Trisos placed fifth in the Overall Broodmare.
Pundits predict a bright future for these riders of the Sir Sherry Stables in Bloemfontein.