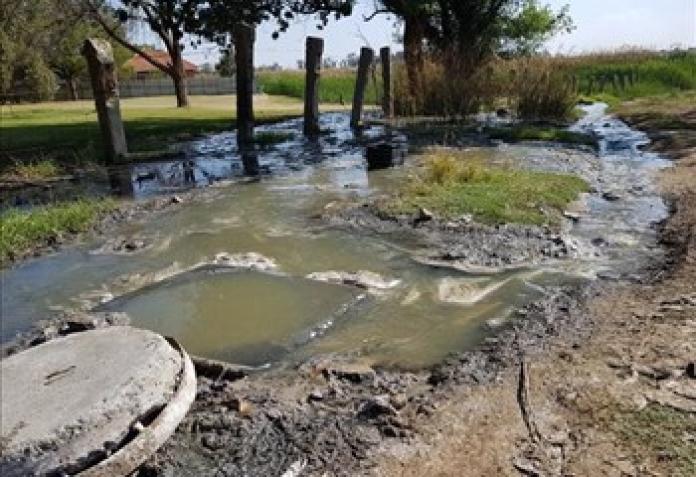 Residents of Matjhabeng Municipality in the Free State reels from raw sewage spillages flowing through the streets in several communities.

The municipality, which houses the city of Welkom, Virginia, Odendaalsrus, and other towns, says it has for months been plagued by the escalating sewage crisis due to vandalism and sabotage of pump stations.

Executive Mayor, Nkosinjani Speelman, confirms the biggest attack suffered by the municipality was last week when cables and sewerage pumps were stolen at the Thabong sewerage pump station. It is alleged the theft was committed by a heavy armed mob of illegal miners in the area.

Speelman says the cost of the damage is at this stage estimated at about R20 million and a case has been opened with the police. He confirms that they are not only faced with a major ecological disaster but escalating infrastructure costs.

Coupled with this, the municipality is amongst those listed in the Auditor General report as amongst those battling to provide services, and collect revenue.

In the 2017/18 local government audit outcomes, Auditor-General Kimi Makwetu, indicated that this municipality is amongst the Free State municipalities needing urgent intervention.

The municipality confirms “vandalism and theft of municipal property is on the rise with around an estimate of R100 million needed to replace the stolen cable and fix all vandalised sewer treatment plants”. It says a task team has been put together to deal with the sewage crisis.

The municipality has further expressed concern that theft and vandalism happens while security is on duty and have called for the intervention of police minister Bheki Cele.

Meanwhile, Speelman has appealed to residents to report any acts of crime and come forward with information that might lead the police to bring those implicated to book.