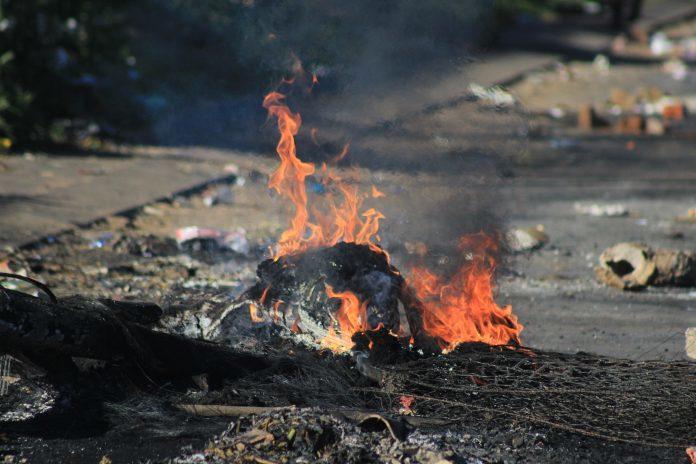 The Free State Department of Health is concerned that protests in Senekal will affect services for patients in need of emergency care. According to reports the N5, which passes through Senekal, had been blocked with stones and burning tyres this morning.
The department’s spokesperson, Mondli Mvambi, said patient care has been compromised due to the community protest action. “Patient transporters, ambulances and rescue vehicles that are passing through the town will not be rendering services normally,” he said.
Alternative routes are being used by medical personnel, although this resulted in long response times and specialist clinic patients arriving late for treatment, said Mvambi.
The protests will not only affect the immediate area of Senekal but patients from across the province may also be compromised. “The bulk of patients from further Eastern and North Eastern Free State areas are supposed to be passing through this route,” explained Mvambi.
“As a Department, we are concerned that protesters may not be aware of this reality which may result in loss of life or aggravation of the effects of diseases,” he elaborated. – Nomaqhawe Mtebele
nomaqhawe@mahareng.co.za