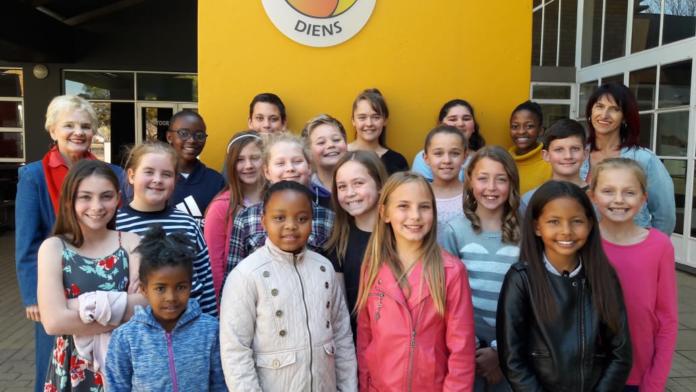 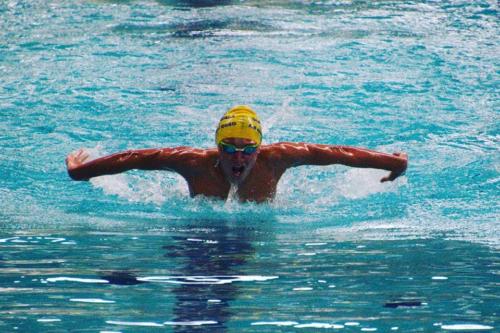 Chad Moutzouris from Saint Andrew’s was a star in the recent Kovsie gala where he claimed three titles: champion in his age group in the 100-m, 200-m freestyle and the 100-m backstroke. He also claimed silver in the 100-m butterfly and a bronze medal in the 200-m individual medley. 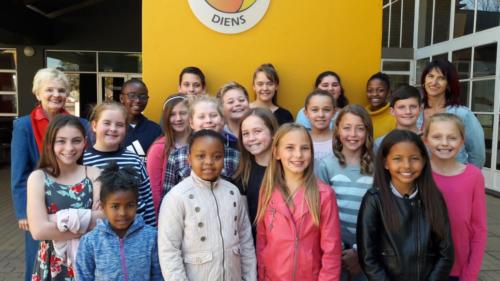 The Bloemfontein Children’s Choir has been a proud and decorated establishment in Central South Africa for more than three decades. Since 1987 Dr Huibrie Verster has welcomed hundreds of new choir members to become part of this proud family. It is always sad to see old members leave, one of them being Aobakwe More who has embarked on a solo career and has been accepted at a ministry school in the USA. This past Saturday the choir welcomed some new members who came through audition stages. The choir has had an average of about 60 members over the past few years, ranging from Grade 2 to Grade 10. This year, however, the purpose is to expand the number of members to more than 80 and therefore there will be ongoing auditions for the rest of the year. Auditions are being held per appointment. Eloreze Pieterse can be contacted in this regard on 072-294-4117. 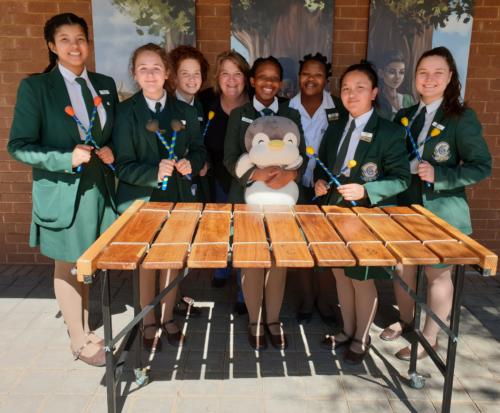 On the morning of 22 August, the ‘Dream Team’ of 42 Eunice ladies, coach Mrs Margie Anderson and manager Mrs Mag Marais set off aboard a Big Sky bus in order to take part in the MADDFest held in Kimberley. They were only too aware of the challenges which faced them: providing musical entertainment and undergoing the severe scrutiny of an adjudicator from Gauteng. At the event, Eunice were awarded five Diamond certificates in all. The MADDFest has four categories of awards: Bronze 60%-69%; Silver 70%-79%; Gold 80%-89% and Diamond 90%-99%. The string ensemble, (nine learners), earned themselves an outstanding 99%, thereby winning a Diamond Award. The third Marimba group was the highlight, playing a radio mashup of CCR Brown-eyed Girl, Have You Ever Seen the Rain?’ and Viva la Vida. The impressed adjudicator said he could have awarded a Quadruple Diamond to this group! They received 100% for their performance! From the left are: Gabby-Lee Topkin, Caitlin Mantel, Jade Swart, Mrs Anderson (coach), Baraka Mutambala, Todva Mhlanga, Julie Ji, Kara van Wyk. Absent: Lisa Reblin, Manto Mhlangu. 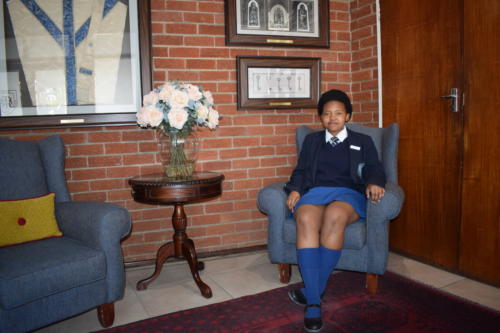 Boitumelo Mtsatse, who is in Grade 9 at St Michael’s, took third place in the soprano section at the annual Musicon Solo Singing Competition.