The North West Department of Education and Sport Development will provide temporary classrooms at the Phogole Primary School at the Makwassie, Lebaleng Township near Wolmaranstad. This comes after four classrooms have been burned down earlier this week.

According to the provincial spokesperson, Freddy Sepeng, costs of all damages to the school are estimated at R2 million. He says the department condemns such act and assures the public that the school will be ready for learning and teaching by the new academic year.

“Presently, the police are monitoring the school, and as the department we are working on tightening our security, so that this does not happen again. We will soon be providing temporary classrooms,” he added. 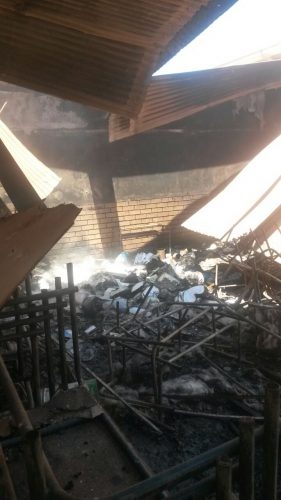 Sepeng says a block of four classrooms were burnt down, school furniture and the administration block was damaged.  He says it was reported that a member of the community saw smoke coming from the school at 13:30 in the afternoon on Wednesday, and alerted the neighbours who called the police and the fire fighters.

He also mentioned that another school was also damaged earlier this month in the same location.