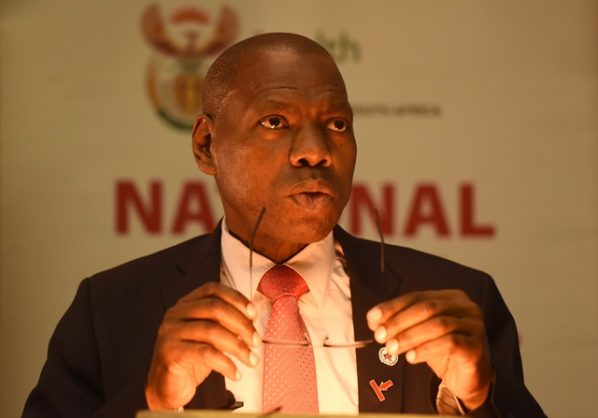 Minister of Health Zweli Mkhize has laid out South Africa’s plan to evacuate 151 South African citizens from Wuhan, China following the outbreak of the coronavirus (Covid-19), as well as government’s readiness to deal with a potential outbreak.

At a media briefing in Johannesburg on Sunday, Mkhize said there had been constant communication with South African citizens in Wuhan.

Through these communications, 151 out of a total of 201 South Africans living in Wuhan have elected to come home, while 16 South Africans indicated they do not want to return. The remaining must still be contacted.

Mkhize stressed that those citizens returning are healthy, but will be quarantined upon arrival in South Africa.

Mkhize said President Cyril Ramaphosa wants to start the evacuation plans immediately. This will take between seven and 10 days to complete, he said.

“We have noted that other areas of China do not represent a high risk for exposure to Covid-19 and so the citizens under lock-down in Wuhan have been prioritised,” Mkhize said.

The process will be implemented in three phases: evacuation, quarantine, and re-unification.

According to Mkhize, the evacuation process would “be an exercise undertaken by the military in co-operation with Dirco and Chinese authorities”.

“All South African citizens from Wuhan city that wish to be repatriated will be accommodated and brought back in a chartered aircraft under strict quarantine protocols that will be enforced,” Mkhize said.

A multi-disciplinary medical team will be aboard the aircraft for pre- and in-flight screenings and medical care. Those who do not meet the medical screening requirements will be referred to the Chinese healthcare system.

The quarantine sites, the location of which has not been revealed, will be no-entry zones and guarded by the military.

The Sunday Times however reported on Sunday that the base will be in the Free State. Mkhize did not confirm this.

“I must reiterate that no family members, friends or associates of those under quarantine may visit the zone,” Mkhize said.

Quarantine will last up to 21 days and should someone develop symptoms they will immediately be isolated.

“Should the patient test positive for coronavirus they would immediately be transferred to a designated referral facility.

“Should there be multiple cases of coronavirus, the project would be escalated to a multi-isolation system whereby quarantine members would then be confined to their rooms for the entire duration,” Mkhize said.

Once patients are ready to leave they will be given a final counselling session and granted permission to depart, however, there will be continued contact with the patients thereafter.

A Multisector National Outbreak Response team would be tasked with tracking and tracing the virus around the world, as well as analysing developments.

South Africa has already implemented certain measures, like screening of incoming passengers at all ports of entry into the country, and a clinician hotline for the public. – The Citizen