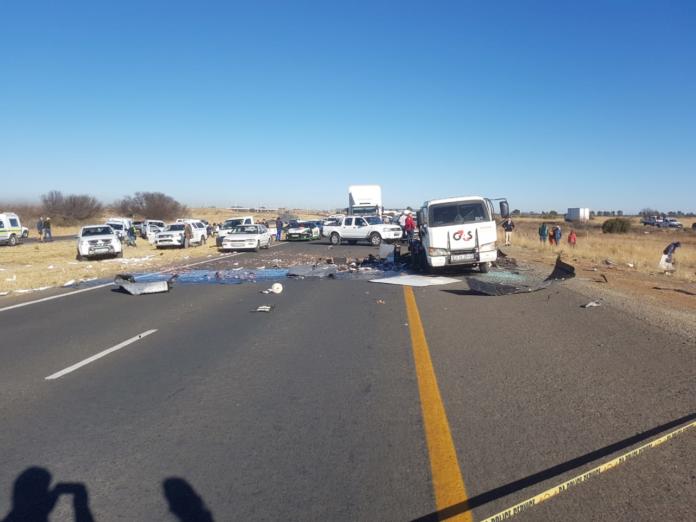 The South African Police Services (SAPS) has activated its 72-hour plan after the cash-in-transit heist at Bloemfontein on Tuesday 3 August.

It entails the mobilisation of relevant units which includes forensic, detective, and Hawks members following the violent robbery on the N8 road between Bloemfontein and Botshabelo.

Police spokesperson, Brenda Muridili, says given the nature of the incident where six to ten gunmen ambushed the cash van and made off with an undisclosed amount of cash, the police normally institute an action plan to hunt the perpetrators down. No-one has been arrested yet following the incident that left three guards injured after the cash van was bombed with explosives by these gunmen who later shot at a police helicopter forcing it to make an emergency landing. Murilidili says the manhunt is still on for the suspects who are alleged to have driven towards Phase 6 in Mangaung.

She says armed with assault rifles, the perpetrators fired several shots at the armoured vehicle before they ambushed it.“Shots were fired all the way from the airport offramp to the curve towards the Bloemspruit Air Force Base,” she adds.

“The driver sustained injuries to his left knee during the incident while a third man was shot through his hand. The security guards’ firearms were taken. We are awaiting feedback on the extent of the injuries,” says Muridili.

Banknotes were flying all over the crime scene. Traffic came to a standstill and motorists fed the social media frenzy with cell phone footage while police officers were desperate to contain the scene.

The incident rendered the route inaccessible and very chaotic. Motorists were re-directed by Mangaung traffic officials. The OFM News team watched on as an Interstate bus coach struggled to make a U-turn along the N8 road.