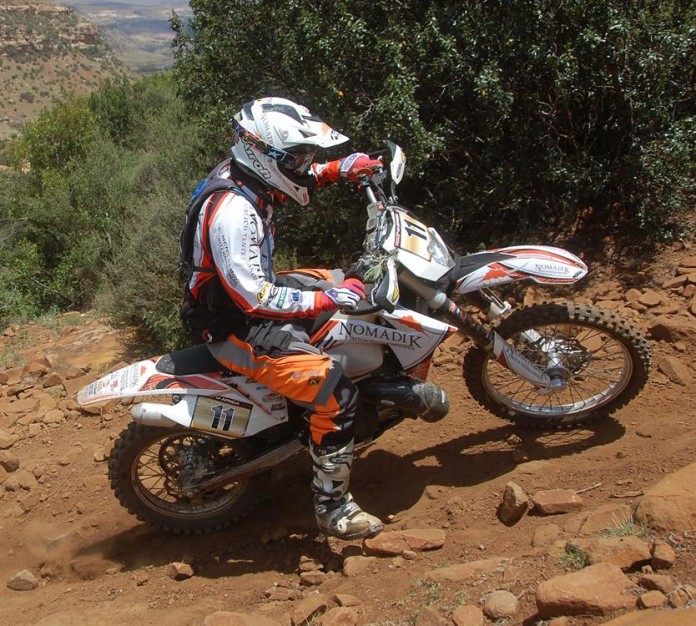 It’s the first time since 2007 that a South African rider wins the Roof of Africa endurance motorcycle race, held in Lesotho.
Wade Young (16) made history last weekend when he became the youngest competitor ever to win this testing three-day event that consisted of 450km of gruelling racing.
Extremely hot weather conditions caused many competitors to dehydrate while a challenging route confirmed the 2012 Roof of Africa endurance as one of the toughest in recent years.
Young, racing for Team Fever Criterion Yamaha, took the lead on the second day after starting the race from second position behind Marc Torlage (Proudly Bidvest Yamaha) who won the 60km time-trial that determined the starting order for racing section. The youngster tackled the third and final day (187km) with a gap of just over 10 minutes to the 2011 winner, Graham Jarvis (Flite Extreme Husaberg) and eventually beat second-place fellow South African, Altus de Wet (Brother Broadlink KTM) by just over 11 minutes after a total race time of 17 hours 36 minutes and 10 seconds.
De Wet (27) started the final day from third position, 26 seconds behind Jarvis, but overtook the UK extreme enduro expert, who experienced problems with his Global Positioning System (GPS) early in the day. Jarvis had to settle for third place.
After racing for three days and 450 kilometres in the mountains of Lesotho, Gilbert beat local Ladybrand rider, Wynand Badenhorst (Nomadik Tents KTM) by a mere eight seconds. The Ladybrand rider was still recovering from torn ligaments in his knee, but was a popular rider to follow as he knows his way around in the mountains.
The Expert Class for competitors who had to complete about 75% of the full race distance, was won by Gary Barton (BELL Equipment/LCS Yamaha).
Peter Jung (Wildcoast KTM / Umso Ribco) won the Intermediate Class (half distance).
The 45th Roof of Africa attracted about 400 entrants from across the globe.
More information about the event as well as full results can be found on www.roofofafrica.org.ls.