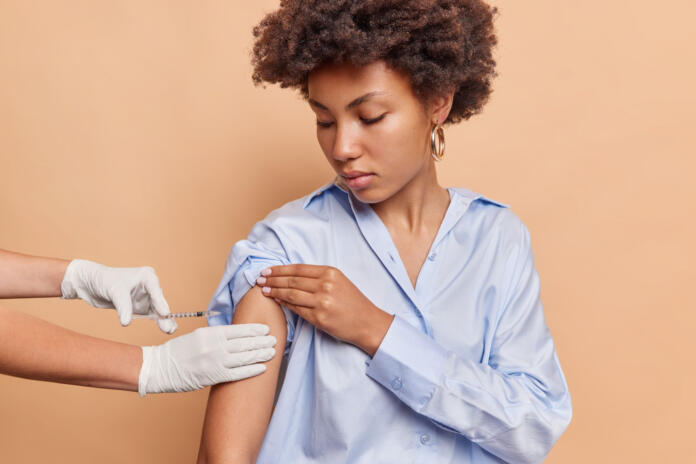 Despite there being no increase in the severity of Covid-19 cases, and an encouraging positivity rate, infections are not declining as hoped.

Health Minister Joe Phaahla said the department had hoped for a less than 5% positivity rate by the end of February, reports The Citizen.

He reported spikes of infection in various districts, and a frustrating plateauing instead of a flattening of the virus cure.

As of Thursday night, more than 31 million doses were administered, representing just over 19 million adults. 48% of the adult population has received at least one jab.

Phaahla expressed concern that the 70% goal for population immunity had still not been reached, and noted the 18 to 34 year-old age cohort was still lagging far behind, with it currently only at 34%.

Without reaching 70% of the population being vaccinated, we cannot fully integrate with the world, Phaahla continued.

The country has the stock and capacity to reach 70%, but too few new people are being vaccinated.

Despite the country being far away from reaching immunity, government’s wanting to do away with the state of disaster to manage the pandemic is forging ahead.

Phaahla said the health department was revising regulations to control Covid-19, and is ready to present its new recommendations to take over the Disaster Management Act to the National Coronavirus Command Council (NCCC).

Travel amendments are also on the cards, with an announcement due next week, Phaahla added.

“We have a few months to claim our place among nations of the world. Beyond this year, without vaccination, it will be difficult to interact with the rest of the world.”

The National Institute for Communicable Diseases’ (NICD) head of public health surveillance and response Dr Michelle Groome said this week was the first time the country’s positivity rate was under 10% since the first wave began.

Most hospital deaths are also occurring among unvaccinated people.

The majority of Covid-related deaths found hypertension and diabetes as the most dangerous comorbidities, especially in order age groups.

Data also indicates males are more at risk of dying, a statistic that increases with age. But overall, during the four wave, people had a 50% less chance of dying in hospital.