When it comes to vehicle theft, including hijackings, South Africa actually fares well when compared to developed countries. Based on statistics aggregated by Australia’s National Motor Vehicle Theft Reduction Council, South Africa has one of the lowest rates of vehicle theft per 100,000 population. 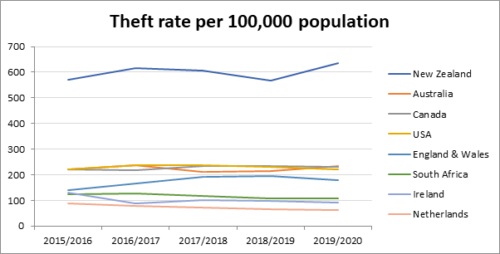 “It is encouraging that South Africa is fighting the scourge on vehicle crime, and this could be attributed to our well-established vehicle tracking services,” says Duma Ngcobo, Chief Operating Officer at Tracker South Africa.

“However, it is important that we don’t become complacent, as the downward trend could quickly turn. Remain vigilant and be on the lookout for suspicious persons or vehicles, whether driving or parking your car. By doing so, we could contribute to decreasing the vehicle crime numbers even more.”

As South Africans, we often perceive our country as having high levels of crime, especially when compared to other countries. This was demonstrated by the Numbeo.com Crime Index by City 2021 survey, where citizens ranked six South African cities as being among the global top 20 of the most dangerous cities.

The respondents perceived the overall level of crime in three South African cities, namely Pretoria, Durban and Johannesburg, as being very high.