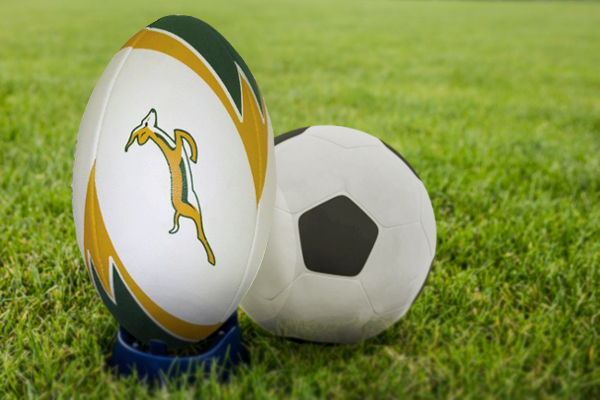 Professional athletes would be allowed to return to training whether they were in contact or non-contact sport, but return to play for contact sports like soccer and rugby would have to wait to resume competitive play.

The department’s director-general, Vusumusi Mkhize, said it was envisaged that this would probably only be possible again at Level 1.

The department said it was important for all training to resume for all codes so that athletes could stay in shape.

Some of the non-contact codes included tennis, cricket, chess, athletics, golf and other delineated codes, but at a smaller scale than normally allowed and subject to further Covid-limiting adaptations.

The director-general said there had been a lot of debate about allowing surfing and swimming for the public at amateur level, particularly around whether sea water and chlorine killed the virus, but surfing and swimming at professional level was already covered by the current regulations. It would only be allowed for elite athletes and professional athletes earning a living from their sport.

The department said the guidelines were clear that “mass participation for amateur purposes” would still not allowed. Recreational sport would not be possible, but people could remain fit by taking part in fitness training as long as they were not in groups.

Only faith-based institutions would be allowed to gather groups of people of 50 people or fewer, while sports grounds, fields and swimming pools could resume use, but without spectators.

In accordance with national general regulations, athletes in hotspot-designated areas would not be able to travel to a non-hotspot area, added Mkhize.

Within 14 days of the directions being published, sport bodies and professional clubs would need to apply for permission to resume activities. Athletes and support staff looking to resume operations in non-contact sport would need to be willing to be subjected to 14 days of quarantine to then be declared Covid free before being allowed to resume.

Strict directions would also have to be adhered to for athletes and support staff, including on transport, hygiene and screening protocols, said the minister.

All facilities would need to be strictly sanitised – from door knobs to toilet handles and computer equipment – and there would need to be a limit on the number of personnel allowed in a facility at any time.

All those involved would need to wear masks according to the overall level 3 directions, though professional athletes would be allowed to go mask free while training or participating in their matches.

“Physical distancing during training must be encouraged and observed,” said Mkhize.

Ice baths, saunas, massages and physiotherapy would not be allowed, except for injured players.

Sporting groups would need to write to the sports department to declare that they were free of Covid-19, “to the best of their knowledge” and that they hadn’t been exposed to anyone with the virus within a 14-day period.

Compliance officers would need to be appointed by every sporting group applying for a resumption of activities.

Earlier, he had applauded the sports and arts sector for the “discipline demonstrated since the commencement of the lockdown period”.

“The 100% adherence to the lockdown regulations by ensuring that no sectoral activity takes place during this time has indeed played a tremendous role in assisting with the reduction of the spread of Covid-19.”

Currie Cup may be the key