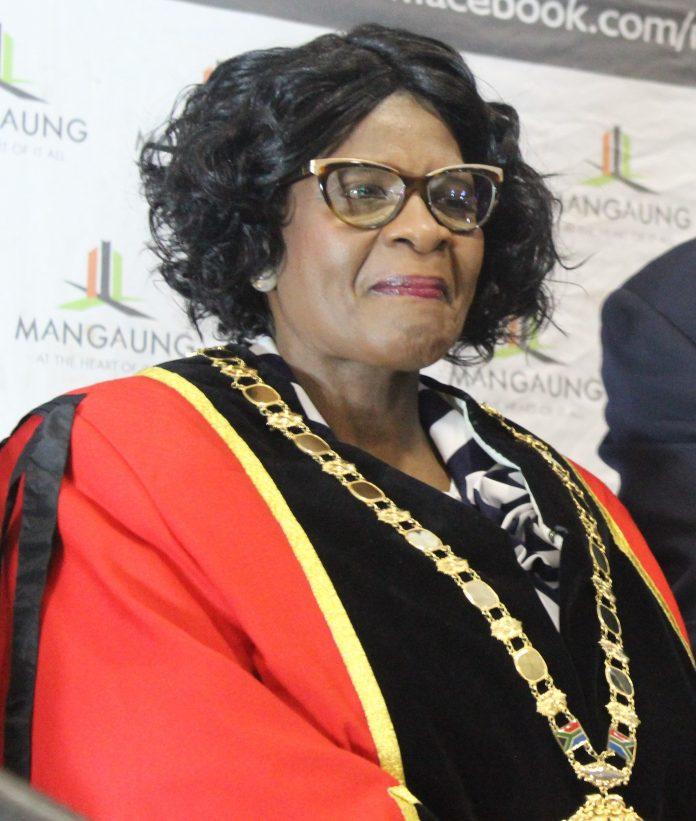 There is a renewed call for the Mayor of the embattled Mangaung Metro Municipality in the Free State, Olly Mlamleli, and her team to be kicked to the curb following a failed motion of no confidence against her by councillors in 2019.

The community activist and former MEC, Sekhopi Malebo, says an uproar of anger, disappointment, and hurt over the current state of the metro, which includes Bloemfontein, led to this call by residents.

He says Mlamleli and her team have led the greatest metro in South Africa to a grinding halt and into junk status, now unable to provide basic service delivery. Malebo also says they are appalled and further reject the five-member administration team set to return the metro to its former glory, after the National Government called for the metro to be placed under administration in December 2019.

He says the residents will lead this picket outside the metro offices on Friday 31 January 2020 at around 12 o’clock with placards, demanding that Mlamleli and her team must go. Malebo says there will be a rolling mass action for the removal of Olly and her team until their goals are met.

“So we encourage and urge all to join the rolling mass action that starts with picketing tomorrow (Friday) at the Mangaung Metro Municipality. We don’t want the administrative team appointed by the MEC of Local Government. We have the names of people who should constitute that,” he adds.

On Monday, in a statement, the metro indicated that the MECs for Cogta, Thembeni Nxangisa, and Treasury, Gadija Brown, introduced an administrative team of five members to the metro senior management to assist with the implementation of the city’s financial recovery plan. The metro said this intervention comes after a letter written to the premier of the Free State by the deputy minister of finance in December 2019, raised concerns about the fiscal capacity of the municipality.