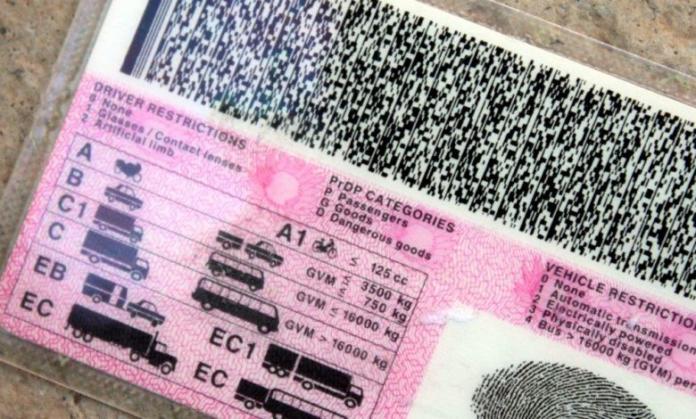 Research into the validity period of driver’s licence cards in South Africa, and changing it from the current five-year validity period, to a lengthier time frame has been completed by the Road Traffic Management Corporation (RTMC).

This comes as in April 2022, Minister of Transport, Fikile Mbalula announced that the Department of Transport had commissioned the RTMC to undertake research on possible changes to the renewal time-frames, Pretoria Rekord reports.

This follows AfriForum petitioning on Thursday for motorists to help strengthen its case in fighting the requirements for a driving licence card to be renewed every five years.

The civil rights organisation filed court papers on Thursday in a bid to oppose the requirement for driving licence cards to be renewed within a five-year period as it wants this necessity to be declared invalid and reviewed.

Campaign officer for strategy and content at AfriForum, Reiner Duvenage said “Afriforum demands a declaratory order that the National Road Traffic Act regulations, to the extent that it limits the renewal period for driving licence cards to five years, are ultra vires, unreasonable, arbitrary and vague.”

Duvenage said their application further strives a declaratory order that motorists cannot by law be fined for not being in possession of a renewed driving licence card as no such penalty exists.

She said AfriForum felt it had substantial legal and practical grounds for its application to succeed in the courts.

“From a legal perspective, the National Road Traffic Act and regulations are too vague to be workable.

According to Duvenage, the act was not clear-cut and did not state that motorists had to apply for new licence cards upon expiry.

“It does not even state that it is a crime to drive with an expired licence card nor prescribe any fines, penalties or sanctions.

“The legislation is not clear, concise and internally harmonious enough to enable the general public to know with a degree of certainty what is expected of them. Furthermore, the government cannot punish members of the public if it cannot clearly show what law is being transgressed,” Duvenage said.

She said punishment by law enforcement was “a violation of rights”.

Duvenage said further, many countries worldwide opted for a licence card system that did not require such frequent renewals.

She said the Department of Transport’s administrative, operational, and financial struggles made it unfeasible and irrational to require drivers to renew their licences every five years.

“It is outrageous that there appears to be no legislation validating the requirement for driving licence cards to be renewed every five years.

“Therefore, if our application is successful, it will leave the Department of Transport with egg on its face as it would mean that it has been wrongfully punishing the public for years. This could truly be a watershed case in the history of South Africa,” Duvenage said.

AfriForum has since Thursday launched a website where members of the public can add their voices to support this court case.