The case against a Bloemfontein primary school teacher, who appeared in the city’s Magistrates Court today in connection with the alleged rape of a school girl, has been transferred to the regional court.

The 27-year-old-suspect, who allegedly raped a learner at the school he was teaching at, was suspended by the School’s Governing Body, pending a police investigation shortly after he was arrested. The trial will resume on the 2nd of June.

The Federation of School Governing bodies of South Africa (FEDSAS) told Bloemfontein Courant that the Governing Body of the primary school involved was advised to suspend the man. He was also denied access to the school and is not allowed to come into contact with any learners.

The suspect was released on R5 000 bail. 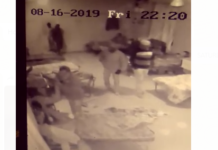