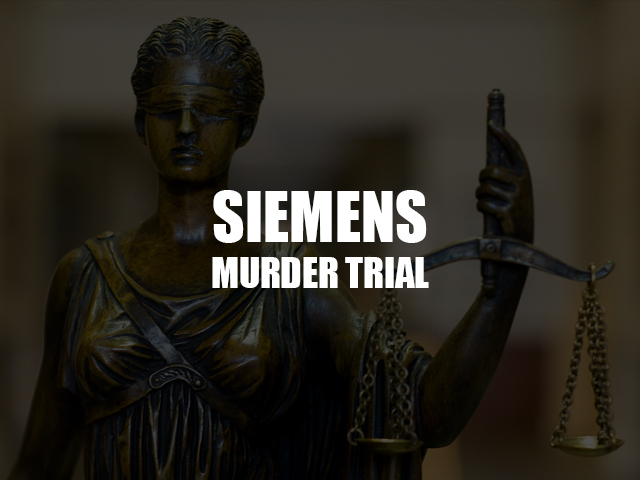 The revelations made by Home Affairs Minister, Aaron Motsoaledi in the Bloemfontein High Court on Thursday, have raised a number of questions on the existence of an affidavit that alleges Motsoaledi was bribed.

On Thursday Motsoaledi became the most high profile person to date to occupy the witness box in the murder trial of slain CityMed MD, Louis Siemens.

His startling revelations and denial of bribery allegations by accused number one, Stanley Bakili,  raises the question of whether or not the affidavit exists, and if so, where it is.

In this statement Bakili alleged he paid the minister a total of R154 000 as a bribe to issue bed licences to CityMed Day Clinic.

This as Bakili’s legal counsel, Masilo Koenane, yesterday told the court that his client – who is facing various charges, including murder and extortion, among others – denies that he ever wrote such a statement incriminating Motsoaledi.

It is unknown at this stage whether the State Prosecutor, Advocate Johan De Nysschen – who is leading evidence in the trial of Bakili and 7 others – will produce the statement as an exhibit or evidence before Judge Pitso Molitsoane.

Siemens was shot and killed in the basement parking lot of Preller Square on 10 May 2018.

They are all between the ages of 29 and 56 and include three police officers, a disbarred advocate, an accused in separate double murder cases, and a military man.

Motsoaledi stood firm in court and vehemently denied that he has ever met Bakili, received a bribe from him or ever spoke to the former Managing Director of CityMed in any form.

Motsoaledi in his testimony revealed that the first time he ever heard of the deceased and Stanley Bakili, was on 25 November 2018.

On this day the provincial head of the Health Department, David Motau, sent the minister a copy of an article in the local newspaper Die Volksblad, which alleged Bakili had conceded in an official affidavit that he had paid Motsoaledi a R154 000 bribe to have CityMed’s application to amend their hospital license for more beds expedited.

Motsoaledi further maintained the issue of hospital licenses lies with the provincial health department and not his office.

OFM News previously reported that former FS Health MEC, Benny Malakoane, and a senior departmental official, Pinky Belot, both testified that Motsoaledi had no role in the matter, but both Siemens and Bakili expressed interest in speaking to the minister during their meetings.

Meanwhile De Nysschen on Thursday submitted evidence in court – marked exhibit L and L1 – of apparent Whatsapp messages between a person believed to be the minister and Siemens.

De Nysschen said in this report of over 100 pages and over 1500 texts, the name “Cader Stan” is mentioned repeatedly in the conversation between Siemens and the person.

In his testimony yesterday, the minister said he only knew or learned about the names “Bakili” or “Dr Siemens” from media reports.

Meanwhile, Judge Pitso had postponed the matter to Friday 15 November following a request by Bakili’s legal counsel for further engagement with his client.

Former Grootvlei Prison head and Mangaung Private Prison adviser, Tatolo Setlai, concluded his testimony and the defense is expected to grill him on the testimony he gave in court about mostly, Bakili, Tshivenga, and the self-confessed shooter of Siemens, Xolisile Mbebetho, who is serving a 22-year jail sentence. – LUCKY NKUYANE/OFM News