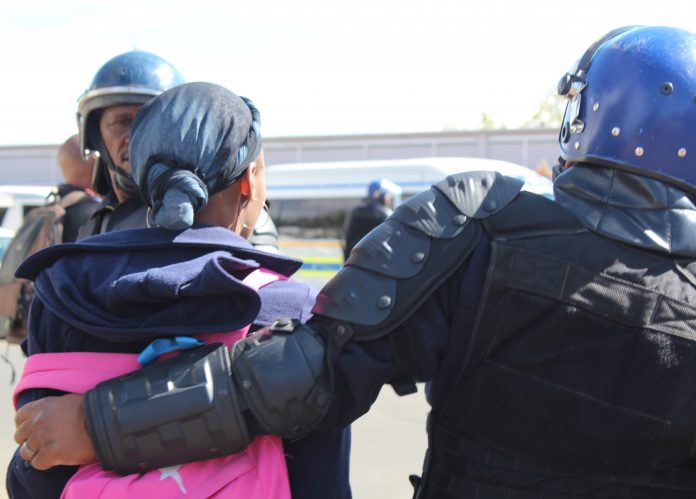 A total of 32 people, mostly students, were arrested throughout the night on the Bloemfontein Campus of the University of the Free State.

She says during yesterday another 19 people were arrested on the same campus for contravening a court interdict and violating the Regulations of Gatherings Act.

Students asking why they being arrested. They say they have the right to be here. #UFS @OFMNews9497 pic.twitter.com/KgeD5vsRd5

They are expected to appear in the Bloemfontein Magistrates’ Court today.

De Beer says, going forward, the police’s national communications division will be solely dealing with all media enquiries relating to arrests made on campuses across the country in the #FeesMustFall Campaign.

A Joint Operation Centre has been established in Pretoria. Here all information is centralised and distributed.

The 32 suspects are expected to be in court tomorrow. – Christal-Lize Muller/Courant News