The thought of abandoned playgrounds all over the city is what inspired local pianist Andile Qongqo’s latest single. “Children in the Park” is creative commentary on the restrictive circumstances that South Africans are currently finding themselves in and which are affecting all aspects of life.

Qongqo is an Afro-jazz pianist, composer, recording artist and music educator from Bloemfontein who has been a music instructor at Free State Musicon since 2004. The musician expressed that the world has become a less joyful place when children have to stay at home just to stay safe from a viral disease.

“The song is about missing the sound of children playing outside in recreational parks. There’s a certain peacefulness that comes with the joyful noise of children,” explained Qongqo.

The father of one also composed the “Children in the Park” as commentary on the dilapidating sate of local public infrastructure often due to neglect.
“One of the activities my family enjoys doing, is taking our daughter to play at parks. But the state of parks around Bloemfontein has deteriorated so much that I’m reluctant to take her there anymore. That prompted me to drive around Bloemfontein to check if it was only the parks near me that were neglected and that’s when I realised that most, if not all of them, are neglected and the playground equipment broken,” said Qongco.

“I hope communities will be encouraged to take charge of their recreational parks instead of leaving everything to municipalities and government. Our children learn social skills when playing together in these parks, not to mention the physical benefits,” added the artist.

The nationwide lockdown has forced many local artists to cancel shows affecting not just their creativity but livelihoods as well. However, Qongco explained that this is an opportunity for musicians to take their art online in order to counter this restrictive period in the world.

“Covid-19 has been bad for business, especially when it comes to concerts. I’ve had to cancel some of the work I planned to do and by the looks of it, I might have to cancel all appearances for 2020.”

“The current situation has compelled me to focus on working online, digitally releasing more songs, doing home recordings and opening my own website on which to promote my work. Having released my music online, more people get exposed to it as music streaming has gone up since most of us are at home,” added the artist.

The single is available on all digital platforms, including Apple Music, Spotify, Google Play Music, Amazon Music and on www.andileqongqo.com for streaming. 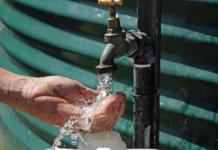