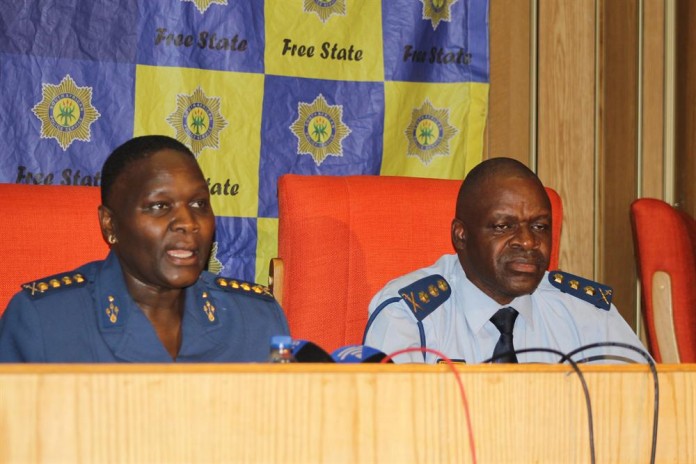 National Police Commissioner Riah Phiyega commended the policing and security around the 53rd ANC national conference that took place in Mangaung this week, labeling it as extremely successful. Phiyega was speaking at a press conference earlier today where she highlighted the work done by police this week to ensure safety of the conference delegates and general public.

Referring to the four right-wingers arrested on charges of high treason and terrorism, Phiyega praised the SAPS Crime Intelligence for their work. “An event of this magnitude demands significant involvement of intelligence work,” said Phiyega. “Through protracted and concentrated efforts of SAPS Crime Inteligence and other government intelligence agencies, the intelligence led operation successfully prevented calamity that would have emanated from an orchestrated, planned act of terrorism directed towards the conference.”  The four rightwing extremists appeared in the Bloemfontein Magistrate Court this week, where their case was postponed to January for the official bail hearing.

Phiyega thanked the community of Mangaung for their cooperation and hospitality during the conference. She concluded by emphasising the police’s commitment to keep South Africans safe during the holidays.