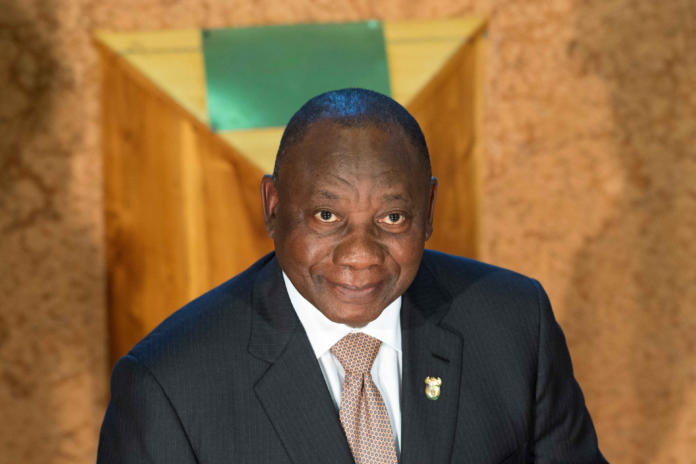 The first State of the Nation Address (Sona) of the sixth democratic administration will be held on Thursday 20 June 2019 at 19:00. It marks the start of the new administration after the successful conclusion of the country’s general elections.

President Cyril Ramaphosa will deliver the address under the theme: “Let’s grow South Africa together as we celebrate 25 years of freedom” to a joint sitting of the two houses of parliament.

According to a brief statement issued by parliament, Ramaphosa will use the occasion to articulate how government will implement the electoral mandate and set the tone on critical matters for the next five years. He will share key programmes of the new administration with South Africans.

“The State of the Nation Address is an opportunity for South Africans to come together to build a social compact and advance the National Development Plan (NDP). The NDP calls for South Africans to promote active citizenry and broad-based leadership that lays the basis for equity, inclusion and prosperity for all,” reads the statement.

Last week at the state of readiness media briefing, parliament revealed that they have budgeted a total amount of R2.m for this State of the Nation Address ceremony. For the February Sona ceremony, they had budgeted for just over R2m but closed with a total spending of R1.6m. They added they have been tightening Sona budgets in the last few years, which has, despite the price inflation, come down from R9.2m five years ago to R2m for this ceremony.

A total of 1 200 guests of various categories have been invited for this event. These include former presidents, deputy-presidents, presiding officers and chief justices. Among other distinguished guests invited are veterans of the liberation struggle – two surviving Rivonia trialists, Mr Andrew Mlangeni and Mr Denis Goldberg, and giants of the 1956 Women’s March, Ms Gertrude Shope and Ms Sophie de Bruyn.

The address will be broadcast live across a number of television and radio stations. As well as on Parliament TV (DSTV 408) and will be streamed live on Parliament’s YouTube channel. – Seithati Semenokane
seithati@centralmediagroup.co.za

No incidents on quiet FS roads