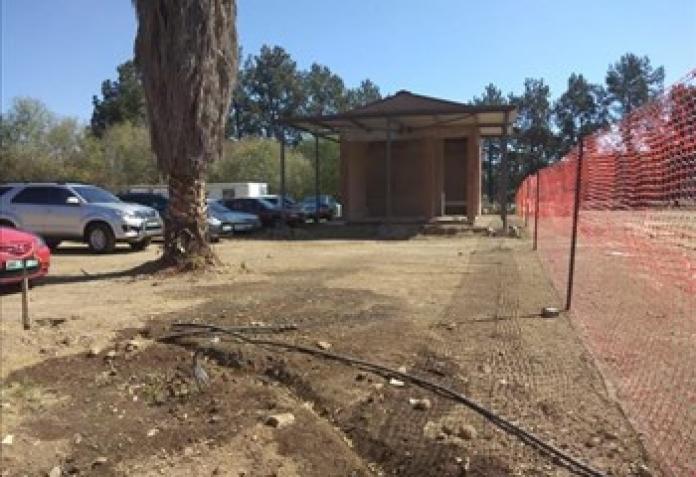 The Park Road Police in Bloemfontein, Free State, are mum on the circumstances around construction stalling at one of South Africa’s busiest police stations.

The Park Road Police Station, which was ranked sixth out of the thirty busiest police stations in the country, based on the number of serious crimes reported over the 2017/18 period, was meant to undergo a complete overhaul, modernising and expanding the premises to the tune of R82 million.

However, one year and eight months after construction began, the project stalled, raising eyebrows about possible irregular tender procurement processes, which the OFM News team has since probed. Park Road is yet to respond to OFM News’ questions on the matter, this is despite the National Department of Public Works and Infrastructure blaming the halt on non-performance by a Johannesburg-based construction company.

The department’s spokesperson, Zara Nicholson, tells OFM News the main contractor failed to deliver on timelines set by Public Works and the police, resulting in the termination of the contract. According to Nicholson, an interim contractor will be appointed to ensure the police station is safe and accessible while they are busy procuring a new contractor. It is expected the project will resume in the next two months. The completion date of the project is 19 November 2019. The Johannesburg-based construction company is yet to respond to OFM News’ questions on the matter.

Ministers to welcome 1000 youth to NARYSEC College in Thaba Nchu