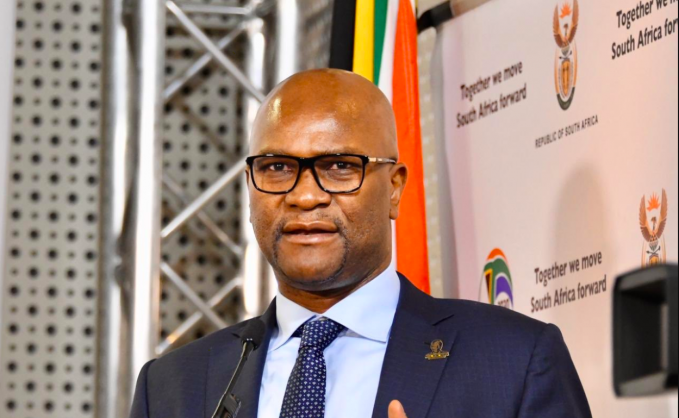 To date, 291 athletes have received R20,000 each in Covid-19 relief from the department of sport, arts and culture.

According to Deputy Minister Nocawe Mafu, the department came to the conclusion that an amount of R20,000 seemed reasonable enough to provide relief while making sure that the department was making adequate use of the R150 million at its disposal.

“Remember, this is a relief and not a salary, nor is it a payment for any money that may have been lost from what you are doing,” said Mafu.

Mafu was speaking at a briefing about the department of sport, arts and culture’s response to the impact of the Covid-19 pandemic on their sector as well as an update on the disbursement of the relief funding that was made available to the department in March.

The main aim of the fund was to assist artists, athletes and technical personnel in addition to funding approved proposals for live-streaming the work of creatives and athletes.

“The deadline for application of the relief fund was the 6th of April. Subsequent to that, we appointed independent adjudication committees,” said Mthethwa.

The aforementioned 291 payments were made to applicants in this group.

Applications in the arts and culture sector have not been so successful, however.

According to the department, the total number of applications adjudicated upon is 1,050.

RELATED: How the R150m relief fund for the arts and sports sector will work

Mthethwa noted the large number of unsuccessful applications in this sector and expressed his concern about this as most of the applicants were in serious need of this relief despite their applications not meeting the criteria.

“We are concerned that the largest number of those not recommended are artists who are seemingly in greater need of relief,” said Mthethwa.

This after the department came under fire for not adequately meeting the needs of artists whose tentative employment status left them most in need of said relief funding. Artists had also registered their concern about the relief application criteria and process.

According to Mthethwa, some of the reasons applications were deferred or denied for non-compliance included:

– The department’s official application document was either missing or attached but not filled in
– There was no proof of cancellation of contract or even contract documents
– No proof of an event was attached
– Some operations were postponed and not cancelled (as per judging criteria – this should be changed in the next tranche of applications).

According to the minister, the department had put a quality assurance process in place to vet the approved and conditionally approved sport applications as well as those that were declined to ensure that no applicant was declined erroneously.

The department has vowed that given the undertaking that any such applications should be found through the adjudication panel secretariat to have been wrongly disapproved, they will once more be referred back to the panel.

The arts and culture adjudication panel will reportedly be following the same process.

Furthermore, Mthethwa said the adjudication panel had made it known that applications may have fallen through the cracks or not met the requirements due to legitimate reasons such as lack of access to ICT equipment and infrastructure as well as a very short application window.

“However, it is important to note that the applicants who were not recommended have the option to address the appeals committee,” added the minister.

He drew comparisons between the application processes of the sporting and arts sectors, stating that the sporting sector had the added advantage of having their applications collected, collated and submitted by federations.

He committed to meeting with whatever organisations existed in the arts sector to try to establish a similar process for their sector.

Mthethwa also said there may be a possible second round of intake for applications in order to serve those who had their applications deferred even though they may qualify, as well as those who may have missed the first application window.

The minister admitted that there were technical glitches in their application system shortly after it was launched and said the department is currently in the process of “creating a new system to deal with a new problem”.

“In some instances, teething problems as it were, the adjudication panel felt that the department needed to give more information. They, therefore, referred such applicants back to the department. So the back and forth in that process was one of the major causes of the delay, which speaks to inherent flaws in our system.”