The South African Revenue Service's (SARS) acting commissioner, Jonas Makwakwa, announced that SARS received 5.94 million tax returns at the end of the tax season for non-provisional taxpayers, which ended on Friday
27 November.
Announcing the preliminary results, Makwakwa paid tribute to responsible taxpayers. "No doubt this is a significant achievement. We are proud of the high level of fiscal citizenship demonstrated by taxpayers. Thank you, South Africa, this tax season belongs to the millions of taxpayers who submitted their tax returns on time."
The 5.94 million submissions received were 11,52% higher than in 2014. This number includes individuals, trusts and prior year submissions. Compliance for taxpayers filing on time exceeded 90% for the third consecutive year.
"It is pleasing that millions of South African citizens agree that meeting their tax obligations is cool. This high level of compliance contributes to nation building and enables the government to deliver services that improve the quality of life of all its citizens."
In summary, the highlights of the 2015 tax season are as follows:
Of the total number of 5.94 million returns submitted by the 27 November 2015 deadline –
•  4.2 million returns were from individuals for the 2015 tax year
•  1.69 million were outstanding returns from prior years
• 45 390 were trust returns
•  99.96% of returns were filed electronically, either via e-filing representing 51.84% or through electronically assisted filing at a SARS branch or mobile tax unit
•  Manual submissions are down to less than 2000 returns, representing 0.04% of total volume

•  More than 95% of all returns submitted were assessed within 3 seconds and more than 99% within 24 hours
•  SARS paid out 1.82 million refunds to the value of R15 billion rand – more than 95% of these refunds were paid within
72 hours
•  Outstanding return submissions increased with 679 544 returns, representing a growth of 66.43%. This noteworthy increase is ascribed to the success of the administrative penalty regime
In conclusion, Makwakwa had a clear message for non-compliant taxpayers. "We encourage taxpayers who have not yet submitted their returns to do so and join the majority of taxpayers who did so." 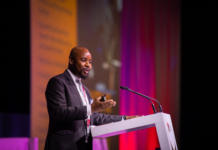 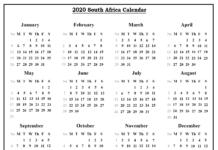