The Odeion School of Music (OSM) at the University of the Free State is presenting its opening concert in the Odeion Concert Hall on 16 March at 19:30. The main feature on the programme will be a performance of the Concertino for clarinet & chamber orchestra by South African composer, Keith Moss, currently residing in Auckland (New Zealand). Moss has dedicated the concerto to the South Afrcan, Luthier Dawne Haddad. The Concertino will be recited by the OSM Camerata (OSMC) under the baton of Xavier Cloete.
The Concertino for clarinet & chamber orchestra was commissioned by the SAMRO Foundation for the OSMC during the first International Clarinet Extravaganza (2016), which was hosted by the OSM with Danrè Strydom as curator and founder. Eddy Vanoosthuyse, internationally acclaimed clarinettist, was the soloist for the première. For the opening concert, OSM clarinet lecturer, Danrè Strydom, will serve as the soloist.
The programme will consist of recitals by top notch OSM students like Margot Viljoen (Piano), Dr Grethe Nöthling (lecturer), who will be performing William Bolcom’s The Serpent’s Kiss from The Garden of Eden.
Nina Cilliers (Flute) and Handri Loots (lecturer) will be performing Franz Doppler’s Mazurka de Salon, Op. 16. Lesley-Ann Matthews will be the accompanist.
Charity Leburu (Soprano) and Albertus Engelbrecht (lecturer) will perform La mamma morta from the opera Andrea Chénier by Umberto Giordano. Cezarre Strydom will be the accompanist.
Chris van Zyl (Cello) and Prof Anmari van der Westhuizen (lecturer) will perform Niccolo Paganini’s Variations on one string on a theme by Rossini, accompanied by Lesley-Ann Matthews.
Eljee du Plooy (organ) and Dr Jan Beukes (lecturer) are performing Olivier Messiaen’s Transports de joie d’une âme devant la gloire du Christ qui est la sienna from L’ascension.
Tickets cost R110 per person, R40 for block bookings for 10 or more and R40 for children between the ages of 6 and 18 years. Book at Computicket.
The opening concert will be broadcast on Fine Music Radio (http://www.fmr.co.za/ later this year. The exact date of broadcast will be announced). 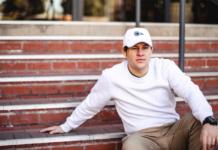