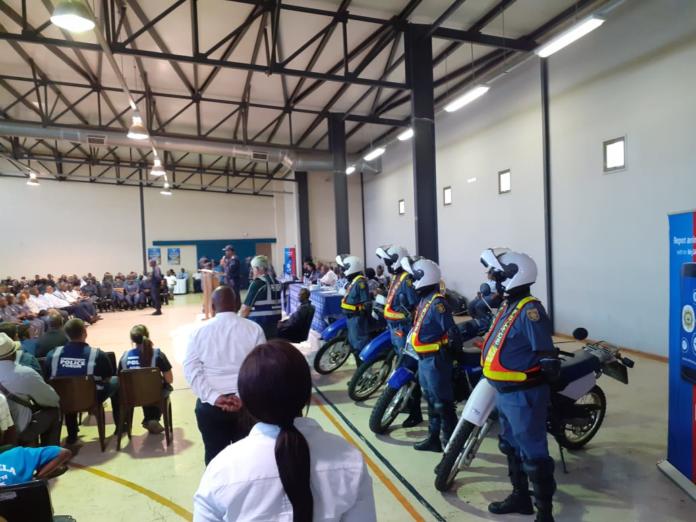 MEC for Police Roads and Transport, Sam Mashinini, has launched the Provincial Safer Festive Season Operations in Zamdela Multipurpose Centre on Monday 11 November 2019 in Sasolburg. The operation was launched under the theme #Zizojika Izinto – Turning the tide against crime. The launch was coupled with the formalization of the Anti-Gang Unit, the Bikers’ Squad and the Community in Blue Concept.

According to a statement released by SAPS, the launch was proceeded by various crime prevention operations in Zamdela and Sasolburg hotspot areas on Sunday 10 Nov as well as project harmony activities where the Provincial Commissioner engaged with shop owners, shoppers and commuters in malls and taxi rank around Sasolburg.

MEC Sam Mashinini closed by requesting all political parties to work together in the fight against crime as it affects everyone irrespective of affiliation. Mashinini also explained the importance of the community standing together ended by saying teams that were introduced will not be effective if the community is not compliant.