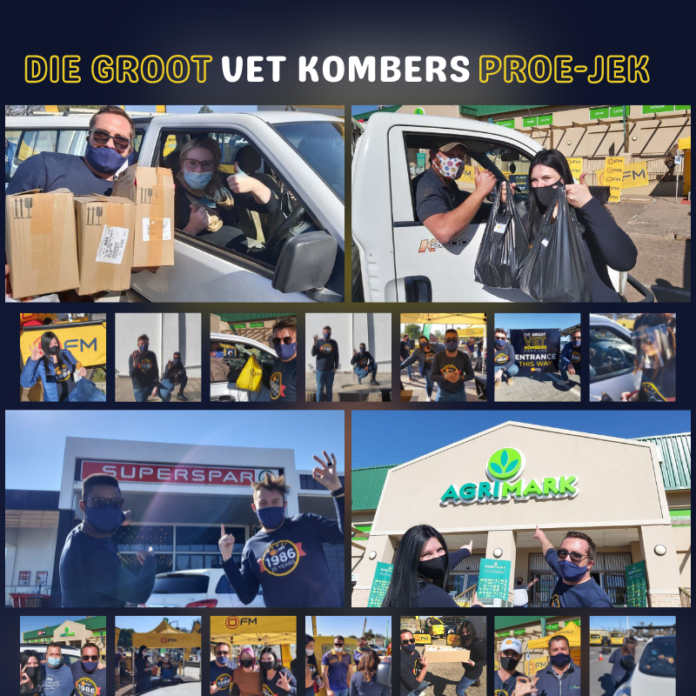 OFM, the sound of your life, has joined forces with Round Table Southern Africa to help those in need fight the cold winter.

“Die Groot Vet Kombers Proe-jek”, which was launched in Vryburg at Mams Megastop on June 10, as well as at various other venues across Central SA, raised a total of R450 000  for charity.

According to OFM Marketing Manager, Lindiwe Mtwentula, the project showed immense love from their listeners and stakeholders coming together to give back. “We as OFM are very proud to have been able to assist those in need this winter with this project. Our goal is to uplift the communities we broadcast to – in everything we do,” said Mtwentula.

According to her, “Die Groot Vet Kombers Proe-jek” challenged listeners to support a wide range of charities. “OFM visited towns and cities in their broadcast region where vetkoek with Beefmaster mince was sold at R35 each, but listeners were encouraged to make larger donations to charities in their region. In some cases, donations up to R10 000 were received,” added Mtwentula.

On 24 June, vetkoek was sold at AgriMark Upington. R107 555 was raised for Leer & Leef Community Project, in association with Round Table 79 Upington. Finally, on July 1, OFM was at Empire Square SUPERSPAR, where R147 067 was collected for Engo’s Welriedal Boys’ and Girls’ Home, Merafong Children’s Home and Welkom Youth Care Centre, in association with Round Table 40 Welkom.

Purchases were made using a secure drive-through system, in line with Covid-19 regulations.