SABRINA DEAN – The preliminary earthquake report prepared by North West Government will most likely be sent to cabinet for an assessment on whether national government intervention is necessary.

Acting spokesperson Bonolo Mohlakoana says the North West Premier Supra Mahumapelo is appealing to residents to remain calm as the situation has for now been stabilized. She says he will provide feedback on the provincial earthquake assessment report and intervention plan during a briefing at noon.

Mohlokoana says the Premier is this morning expected to visit a school in the Khuma area near Stilfontein that was affected by yesterday’s earthquake.

An earthquake measuring 5.5 on the Richter scale struck at Orkney around lunchtime yesterday. One person was killed, mining operations were interrupted and the quake resulted in structural damage to hundreds of houses.

It was felt across large parts of the country. 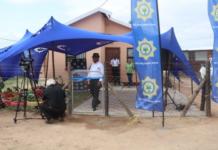 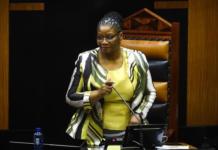