The Mangaung Metro Municipality says police will start patrolling at the northern dumping site in Bloemfontein.

The spokesperson for the municipality, Qondile Khedama, told OFM News that a specific budget is being set up for fencing around the area. 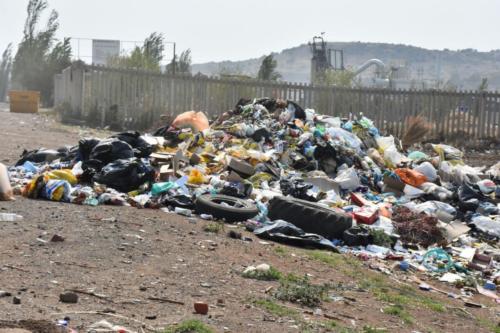 Khedama says the dumping site needs to be properly managed otherwise methane gasses might ignite. He says this is a technical issue the municipality is looking into. He also says that they are mindful of the people who are making a living out of recycling.

The dumping site in the north of Bloemfontein has caused a lot of uproar from communities for the constant fires in the area. The Mangaung Metro Municipality, together with the MEC for Police, Roads, and Transport, Sam Mashinini have started a clean-up campaign in an attempt to keep the city clean.

This is the start of a week-long campaign. The Executive Mayor of Mangaung, Olly Mlamleli, told OFM News that she is aware of the problems this dumping site has caused and that residents are afraid to enter the dumping grounds, resulting in them dumping their trash outside. Mlamleli says she is extremely unhappy about what she sees in the city, as people are creating their own illegal dumping sites.

“People know if they have garden rubble. People cannot expect the municipality to pick up the rubble. If you cut trees and put them out for the municipality to collect, what do you expect from us? That is not our job. Our responsibility is to ensure that domestic waste is collected,” says Mlamleli.