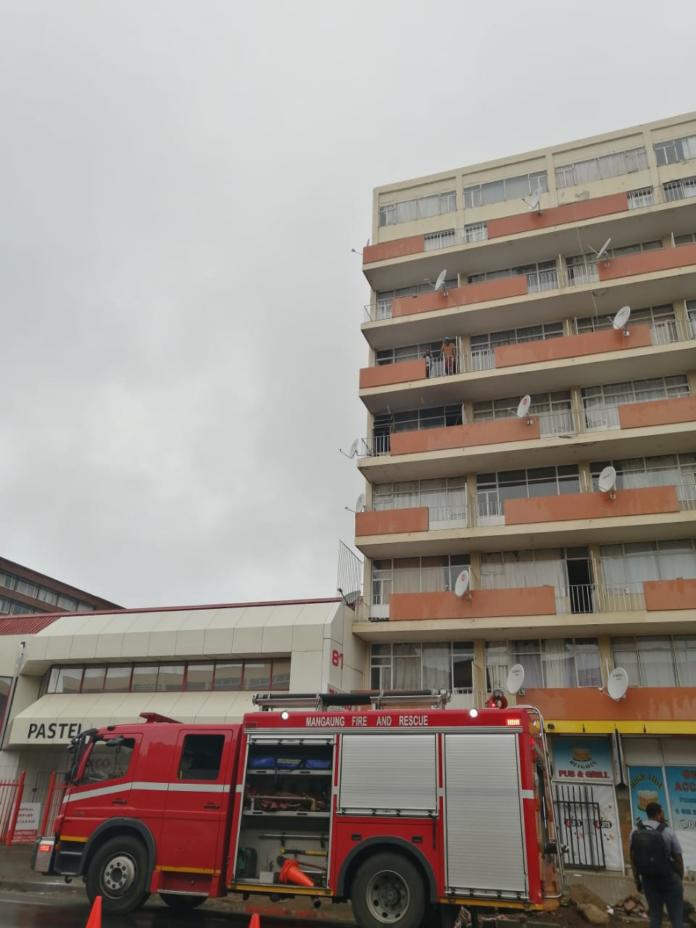 No one was injured in a fire that broke out in a block of flats in Zastron Street in Bloemfontein this morning. According to station manager at the Mangaung Fire and Rescue, J.L. Venter, the information they received from a maintenance worker indicated the fire might have started in the bathroom of one of the flats.

“The maintenance worker said when he looked into the burning flat, he realised flames were coming from the geyser in the bathroom. Residents tried to extinguished the fire themselves, but the heat was too much,” said Venter.

He said no injuries were reported. There are also no major damages to the building and the building has been declared safe.

Zastron Street has been re-opened for traffic.