The City of Roses will be graced by award-winning gospel group Joyous Celebration as part of their national tour of their 19th instalment titled “Back to the Cross". The show will be held at the Vista Arena, UFS South Campus in Hamilton, on Saturday 12 September 2015.

The co-founder of MTN Joyous Celebration, Pastor Jabu Hlongwane, says as part of the tour they will also have auditions on September 9th to find new original singers.

“For the auditions people should not try to imitate singers from Joyous Celebration, we are looking for something original and new,” he says.

He further highlights the purpose of the tour, “Back to the cross tour has been a wonderful journey for us and we have travelled to numerous cities – selling out each show. We appreciate the support and love of our Joyous supporters. We can’t wait to be with our supporters in Bloemfontein and they can expect their souls to be revived with our joyous melodies.”

In their statement, the group states the MTN Joyous Celebration will not only bless its audience with gospel sounds, but will also be giving talented singers in Bloemfontein an opportunity to be part of the Joyous 20 cast.

All the anticipated contestants can register via SMS to participate in the auditions.

The contestants should send an SMS to 38054 with their name, ID number and indicate whether they are registering as vocalists or instrumentalists, and indicate the type of instrument they play. SMSs are charged at R10.

Applicants will need to come with the reference numbers that they will receive after they have registered.

The SMS line is currently open and will close at 12H00 on September 9th 2015. Shortlisted and successful candidates will be informed at the end of September 2015.

Tickets for the MTN Joyous Celebration show can be purchased for R200 at Computicket.

“Audiences can expect the normal celebration. But we will also be singing songs from Joyous Celebration 19, which was released in Easter this year,” he says. – Thandi Xaba 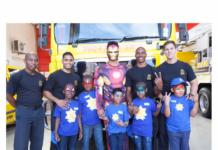