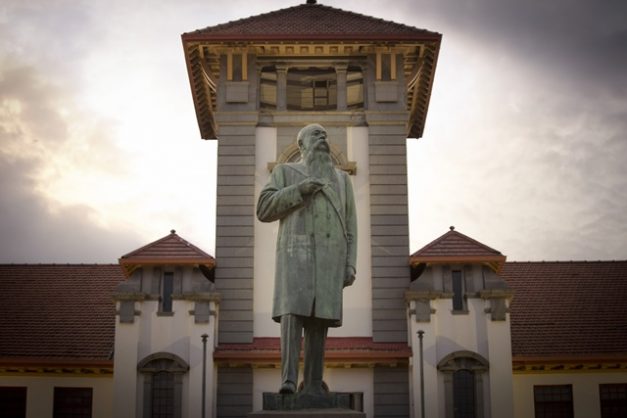 The removal of the MT Steyn statue from the University of the Free State has proven to be a frustrating process so far. This was according to Rector and Vice-Chancellor, Prof. Francis Petersen, after the institution experienced a few stumbling blocks to relocate the statue to the War Museum.

UFS announced earlier this year that after talks with the Steyn family the monument of former president of the Orange Free State, Martinus Theunis Steyn, would be taken to the War Museum. However, due to appeals against the removal and delayed procedure at the Department of Arts and Culture plans of relocation have stalled.

“I have addressed our students and staff on the issue. Although they are frustrated I have asked them to respect the process. This is not easy though, as it has been about a year of waiting for the Heritage Committee to make a decision,” said Prof. Petersen of a process that was supposed to last about 21 days.

He explained that the institution received feedback from the Free State Heritage Society about one month ago. “This is where we are with the MT Steyn and hopefully the minister will come back to us before the end of the year with their decision,” Prof Petersen said.

The Heritage Society has given the university a permit for the statue’s removal, however, they are still awaiting a final decision from the department to actually start the process.

Courant reported that AfriForum had appealed the decision to remove the statue. Prof. Petersen expressed during a meeting last week that two organisations have appealed the relocation process since it began.

“We feel that where a statue stands is also part of the context. If you remove it, it becomes more of an artwork than a statue. So a lot of the meaning of the statue is lost when it is removed,” said Deputy CEO Alana Bailey earlier this year following the appeal.

Bloemspruit a 2021 #GBV and femicide hotspot in the FS