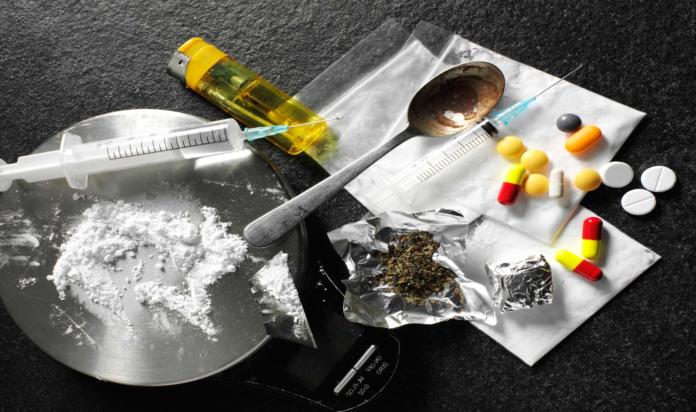 Four suspects aged between 27 and 44 are expected to appear before the Potchefstroom Magistrate Court tomorrow for possession of drugs.

Police Spokesperson, Pelonomi Makau, says the suspects were arrested on Friday outside an unoccupied house following a police chase. She says drugs which include KAT, tik, mandrax, and heroin, with an estimated value of R600 000 were found inside a plastic bag at the suspects’ residence.

Makau adds that preliminary investigations revealed that two of the four suspects, were previously arrested for drug dealing.

OFM News previously reported that another 23-year-old suspect is expected to appear before the Hartswater Magistrate Court on Monday after being arrested in possession of drugs.

Provincial Police spokesperson, Mohale Ramatseba, explained that the suspect was arrested after he tried to run from police when they were conducting search operations at the local taxi rank.

Ramatseba said when police approached a group of young men, they fled but managed to apprehend the 23-year-old suspect, who was found in possession of heroin weighing 7,65g with an estimated street value of R1 500.

Ramatseba has since sent a stern warning against drug dealing and any acts of criminality in the province.