The young footballers of the Free State got high praise from the talent scout and coach of the Bolton Wanderers Football Club in the United Kingdom.
“They have the talent. The standard of the players is extremely high. They are determinate to be the best of the best and their dedication and determination are excellent,” says Danny Clark an ex-player and a FIFA A certified coach.
Clark was assisted by of Ryan Hardwidge of Bolton and Craig Spacey of Johannesburg. The final training camp was attended by some 40 selected players at HTS Louis Botha in Bloemfontein and the five finalists were announced last week. The five will attend the Bolton Wanderers Academy later this year in England. The finalists are: Tshegofatso John Mabaso, Mpo Gift Moleiekoa, Tyrone Mondi, Tubatsi Excel Motaung and Vuyo Donald Tshoba.
It is the second time that Tyrone Mondi of Brebner High in Bloemfontein is one of the finalists. Earlier this year this young player was also the Player of the Tournament at the Engen Challenge tournament at Grey College.
Clark headed the talent seeking campaign to find the best footballers in South Africa and it is the second year that he is doing it. The Grand Skills programme of Bolton Wanderers Academy is part of an initiative of the Free StateTourism Authority and Simsport Internasional.
He has also been to India, Egypt and San Francisco in the United States and points out that South Africa has more talented players than any other country he has visited. “India and San Francisco each have three of four really exceptional players fewer than in this country. Here I have found 15 to 25 outstanding players that will be able to compete with the best in the world.
“I think one of the reasons is the good coaching they receive because rugby, cricket and football are the main sports in the country and there are less distractions.
“In San Francisco football must compete with baseball, basketball, ice hockey and the list goes on and on,” he explained.
Bolton Wanderers sends out scouts and coaches to find the best 40 young players for their Grand Skills programme every year. They visit countries like Nigeria, Canada, Colombia and many other countries to find the top players.
At Bolton the South Africans will be coach and will represent their country at the Grand Skills Finals and compete with players from all over the world. The winner will receive a yearlong scholarship worth R390 000 and will train at the Bolton Academy. georg@centralmediagroup.co.za 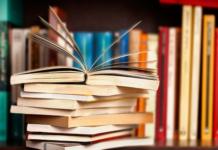