Bloemfontein and the Kovsies long-distance star, Kesa Molotsane, completed her brilliant upward spiral since the beginning of the 2016 cross country season by excelling in the 10km for senior women at the South African Championships staged in George on Saturday.

Molotsane did not allow any of the favourites to intimidate her and took control of the race from the onset. After each lap of 2km she increased her lead and at as early as the 4km mark, it was evident that only an accident would stop her from being crowned national champion. Molotsane broke the tape in an excellent time of 35:09. In the process she left one of the pre-race favourites, Glenrose Xaba (Mpumalanga, 35:37), grasping for breath close to a half a minute in her wake. Maria Shai (Central North West, 36:00) had to settle for a distant third, 51 seconds behind Molotsane.

A regular in the green and gold in distance running, Zintle Xiniwe (Western Province, 36:04), was also close to a minute behind the Bloemfontein ace.

The down-to-earth Molotsane spoke to Voice shortly after her victory: “I knew I was fit enough to take them on, but I never thought that if I was fortunate enough to win, it would be by such a big margin. I am extremely happy with my performance.”

At national level on the track earlier this year, Molotsane already showed she would be a force to be reckoned with in national long-distance races sooner than later.

Because of the manner in which Molotsane has improved over the past year, it is a certainty that she will represent South Africa at the World Cross Country Championships in Uganda early next year. – RUFUS BOTHA 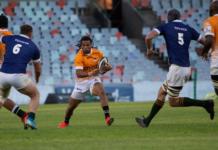 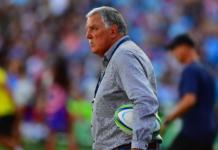 ‘I’ll be back’: Zuma returns to prison after brother’s funeral