Kesa Molotsane was the only Kovsies long distance athlete who could manage to bag an individual medal at the highly competitive South African Universities (USSA) cross-country championships staged at high altitude in Middelburg (Mpumalanga) recently.

Molotsane (23), who struggled to find the form that saw her represented the South African under-17 schools team as a 14 year old more than nine years ago, is surely on her way to become one of the country’s long distance athletes to be reckoned with.

Molotsane was recently diagnosed with iron deficiency and was suffering from it for several years. After treatment commenced, her upward spiral was notable.

In Middelburg she took on the country’s best students in the 8 km-event and finished in a well-deserved second position, surprising friend and foe. She clocked 29:17 and was on the shoulder of the eventual winner and renowned long distance runner, Thembi Baloyi (Tshwane University of Technology, 29:11).

Portia Ngwenya, yet another star distance runner from Tshwane University of Technology, finished third in 29:25.
Molotsane’s good performance helped the Kovsies claim the silver medal in the team competition with her teammates, Cherise Sims (30:30) and Marné Mentz (31:50) finishing in respectable and respective sixth and ninth positions.

The Kovsies mens squad in the 4 km-event gave good account of them by winning the bronze medal in the team competition. Although they did not feature individually their depth and finishing close to each other pulled them through to third. 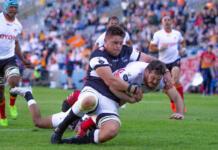 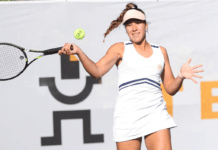 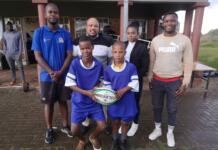