SABRINA DEAN – The NSPCA says it will be in contact with police to find out why they have not registered all three charges laid in connection with a visit to Thandi Modise’s farm last month.

North West police spokesperson Thulani Ngubane confirmed in a statement that police are investigating a case of intimidation.

However, NSPCA Executive Director Marcelle Meredith says charges of assault and kidnapping were also laid. This after a farm manager allegedly harassed them, threatened to burn their vehicle, withheld car keys and took cell phones to erase all investigative footage.

She explains what happened as the two inspectors were trying to leave. "Once they got to the gate, the person who had let them in demanded that they open the window and attempted to assault the driver, who is one of our inspectors."

She says the man then put his hands into the car and ripped the keys out. "With this the spokesperson came up from behind was also screaming and shouting at them to get off the farm. They were busy trying to leave but couldn’t. It got quite heated," she says.

Meredith says future visits will be conducted in the company of police. "I’m not willing to put my staff what they went through again, which means in future we will have to get warrants every time we do visit the farm, and we’ll have to take the police with us," she says.

The organization has also laid a formal complaint with the SA Veterinary Council against veterinarian Sameer Abbas and is considering taking legal action. Abbas withdrew from the case due to alleged intimidation but according to Meredith has retained possession of samples that could aid investigators, including carcasses and tissue samples. 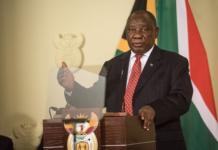 Ramaphosa to address nation at 7pm 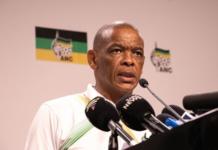