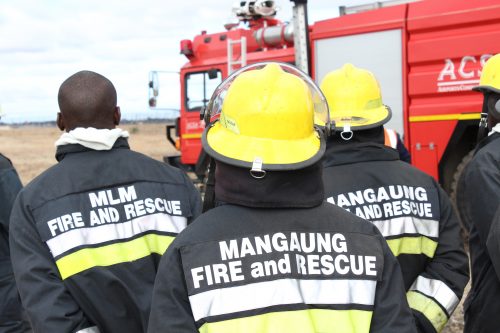 Over the past weekend, the Fire and Rescue Units in Bloemfontein and Thaba Nchu have responded to approximately 26 fires and incidents, 18 of which were grassfires that started out small.

According to a statement by the Mangaung Metro Municipality (MMM), the Mangaung Fire and Rescue Service is thus cautioning communities against making unnecessary fires, as these can easily get out of hand and cause damage.

The Fire Department has noted that occupants/owners of dwellings have been setting grass alight to either “clean” an area by burning or for the purpose of making fire breaks without having a permit to do so. Some of these “deliberately” set fires have gone out of control, requiring a response and commitment of considerable resources from all role players.

Burning of grass for any reason is only allowed if a permit has been issued by the Mangaung Fire Protection Association (MAFPA), which has been established in terms of the Veld and Forest Fire Act.

The statement further explains that, as the typical late winter weather hits some parts of the country, including Mangaung, and as the country moves into Lockdown Level 2, residents are urged to be cautious when using different appliances and other means such as open fires, paraffin, gas heaters and stoves, fireplaces, etc. to keep warm and cook.

Due to the strong winds, no open fires or flames are allowed in the veld while hot work like welding and grinding near grass must be avoided. In cases of emergency, residents should contact Mangaung Fire & Rescue on 051 409 9600.