Lucky Miya reclaimed his K-Way SkyRyn title on Saturday after winning the gruelling 100km self-supported and self-navigational race mountain run in the Witteberg Mountain range in the Eastern Cape.

Miya, who was unable to defend his title in 2018 due to injury, won the race in the hot and dry conditions in a time of 13:56:22. Miya beat Grobler Basson to the top step on the podium by nearly an hour. Basson produced an outstanding effort to complete the race in a time of 14:49:35. Jaco Barnard was the third male to cross the finish line in a time of 15:56:20.

Jeannie Dreyer won the women’s race in 17:48:25 and nearly two and a half hours ahead of her closest competitor, Tarrin van Niekerk. Van Niekerk crossed the line at the Wartrail Country Club in a time of 20:18:46, while Shale Biggs ran in a time of 21:33:06 to claim third.

In the 38km race Jarryd Dunn claimed the overall honours in time of 4:43:15, followed by Nicolette Griffioen in 4:47:11 and Delphinus Sauer finished in third overall in 5:31:16. – MORGAN PIEK 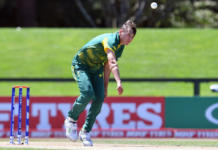 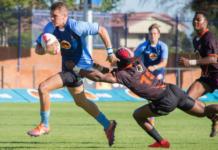 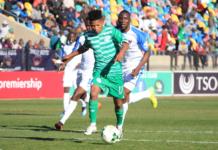