Mitsubishi has just introduced the Xpander.

“As the name suggests, the much-anticipated Xpander is all about broadening one’s horizons, whether that be in terms of lifestyle choices or family dynamics,” explained Nic Campbell, general manager of Mitsubishi Motors South Africa. “With the introduction of this very exciting addition to our line-up, we hope to strengthen our positions in both the MPV and compact SUV segments of the local market.”

The Xpander will be offered in two derivatives, both running with 1.5-litre engines and offering either a five-speed manual or four-speed automatic transmission. “In 2017 and 2018 it was crowned the car of the year in an annual event held by the Automotive Journalists Forum (FORWOT) in Indonesia, and was also named Otomotif Tabloid’s Best Low MPV for 2018. In addition, readers of Gridoto.com voted it their favourite car.”

Exterior: The exterior design is dynamic with sharp lines and a bold, powerful front end. With model-dependent 15-inch or 16-inch wheels and sporting a 205-millimetre ground clearance, you will be forgiven your indecision as you try to decide whether it is a MPV or a SUV. Either way, it will suit both applications.

Omotenashi: “Omotenashi” is the Japanese word describing the attention to detail. And according to Mitsubishi, much praise is due for how this philosophy has been applied within the interior design of the Xpander. The interior can be configured in many different ways to accommodate both passengers and cargo.

Performance: The 1.5-litre DOHC 16-valve aluminium block engine produces 77kW and 141Nm. With a suggested fuel cycle of 6,9 litres/100 kilometres, the 45-litre fuel tank should be good for about 650 kilometres. Safety Safety features include driver and passenger air bags, seatbelt pre-tensioners, an anti-lock braking system (ABS) with electronic brake force distribution (EBD), as well as an impact-absorbing structure at the front end of the vehicle.

Pricing: Pricing starts at R299 995 and this includes a three-year/100 000-kilometre manufacturer’s warranty and a two-year/30 000-kilometre service plan. 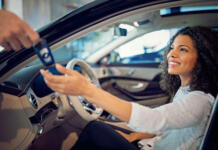