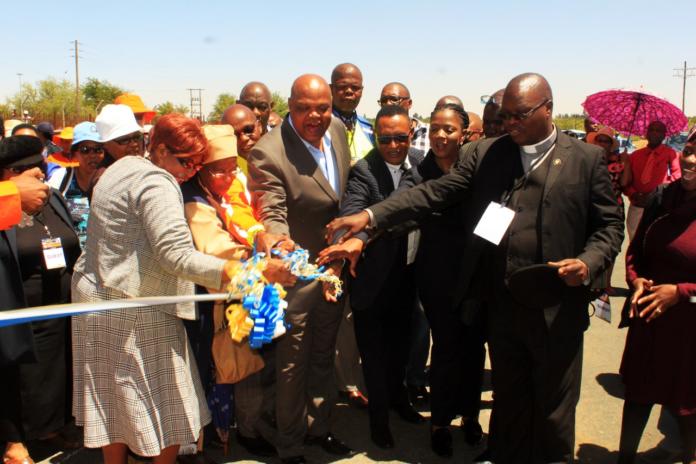 Residents of Bothaville welcomed the opening of the R727 road which connects the farming town to Kroonstad. MEC for Police, Roads and Transport, Sam Mashinini, opened the 45 km road last week, as a part of the October Transport Month Campaign.

Department spokesperson, Hillary Mophethe, described the completion of the road as a lifetime investment for the community of Nala. The project has also benefited the community through job creation and skill transfer.

“Bothaville is one of the richest agricultural communities in the country. It is a proud host of the biggest agricultural show in Africa and acts as the centre of the Free State agricultural main route. People, especially those with interest in agriculture, will benefit from this newly upgraded road,” she said.

Reconstruction of the road began in 2016. “The Department is investing in roads for a healthy economy and not only to improve road safety but to reduce deaths and injuries from road crashes,” explained MEC Mashinini.

The MEC further emphasised the importance of road users abiding by the rules of the road. “We lose our loved ones on the road because of people who do not respect the rules of the Roads” he said.