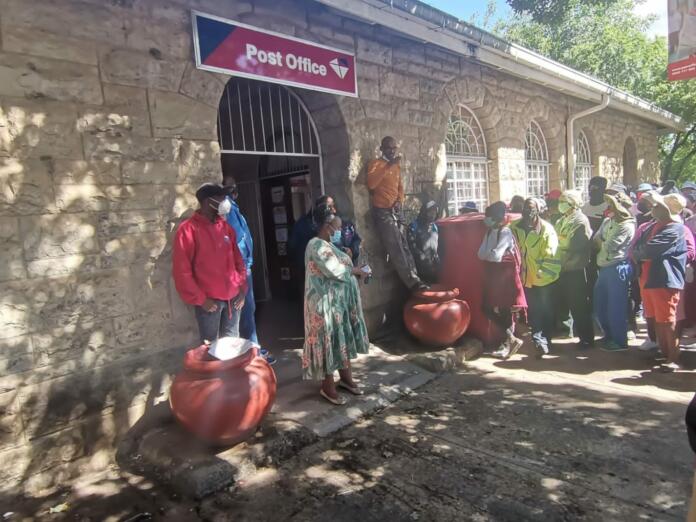 The Mayor of Free State-based Mantsopa Municipality, Mamsie Tsoene, has expressed her disappointment at how Post Office officials were threatened by beneficiaries of the special Covid-19 Social Relief of Distress Grant yesterday.

This came a day after Tsoene was re-elected into her position as Mayor of Mantsopa local municipality. According to the statement issued by Mantsopa Local Municipality, some of the R350 Relief Grant beneficiaries had threatened to beat up Post Office officials and burn down the building should officials run out of money while they were still in a queue. Yesterday morning Tsoene went to the Ladybrand Post Office together with the Post Office manager to address beneficiaries. Tsoene agreed with the beneficiaries that everyone would only get R350, including those with backdated, outstanding amounts owed to them, until the Post Office comes up with another plan.

“I am disappointed that there are some people who allegedly come to this Post Office, armed to the teeth and who demand to jump the queue. You must help us stop this as your name is being dragged through the mud. The Post Office brings a limited amount of money, and as you know, there are people who break in and steal the money.”

She made sure residents of Ladybrand and beneficiaries of the R350 grant understand that officials at the Post Office have no control over the amount of money given to them. Tsoene concluded by also making beneficiaries aware of the consequences of torching the building and attacking Post Office workers.