Unless matters in Bloemfontein change and urgent action is taken, it is likely that the Mangaung Metropolitan Municipality will be the first metro in the country to collapse due to poor management and administration.

This is according to the Caucus Leader of the Democratic Alliance in the Free State, Hardie Viviers, who said that the party has now reached out to Premier Sefora Ntombela to intervene in the situation.

Last week the DA wrote a letter to Mangaung City Manager, Advocate Tankiso Mea, as well as Mangaung’s Executive Mayor, Olly Mlamleli, reminding the two of their obligations as outlined in the Municipal Structures Act 117 of 1998, Chapter 4, with regards to ensuring the metro is fully functional.

Viviers gave the two officials until Monday, 2 April to respond to the letter, which demanded that they provide an outline on how they intend to deal with the pending crisis in service delivery.

“They have not responded to us as yet and because we feel we have exhausted all our options in terms of local government legislation, we will now write a letter to Ntombela asking for her immediate intervention in the matter,” Viviers said.

The opposition party hand-delivered the letter to Ntombela’s office on Wednesday and a stamp from the Premier’s office confirmed receipt thereof. Viviers added that at the moment 70% of the water supply in Mangaung has been cut as the municipality owes Bloem Water millions of rands.

Unless, over R260 million is paid over from the municipality to the water utility, the water supply will remain limited. The city is also currently addressing a backlog in waste collection in various parts of the metro, while electricity cuts continue to occur in some parts of the metro.

Member of Parliament and permanent member at the National Council of Provinces, George Michalakis, said if Ntombela decides to appoint a person who can investigate the matter properly, she will have 14 days to report her intent to investigate to the NCOP and the Minister of Finance.

“After that, within 90 days the report of the investigation will have to be tabled at legislature,” Michalakis explained.

He further stated that following this process, the NCOP will deal with the report, ensuring that proper procedures are followed. Michalakis said that his concern at the moment is the fact that various leaders from the DA in the Free State have written to Ntombela (even when she was still MEC of Cogta) regarding issues raised by the party, but she has shown no political will to respond to any of them. 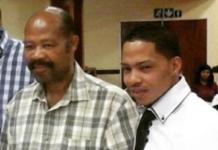 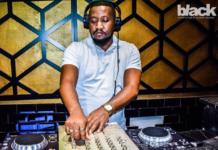 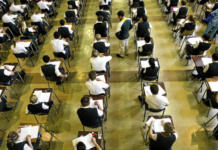