The Mangaung Metro has given its assurance that repair work to a damaged main pipeline from the Welbedacht Dam in Bloemfontein is ongoing and water supply to affected areas will be restored as soon as possible hopefully before the end of the day. Metro spokesperson, Qondile Khedama says work on the  pipe line burst started last night, but due to technical problems encountered by engineers on site it had to be continued today. He says the delay was caused due to a retrofit of new pipe fittings. Residents in Pellissier and Kwaggafontein which were the hardest are still without water since yesterday afternoon

“The main pipeline that is dealt with by Bloemwater is still giving us a hard time but repair work continues.” Khedama gives his reassurance that engineers are working around the clock to fix the problem as reservoirs are running dry and more areas in the city are being affected. 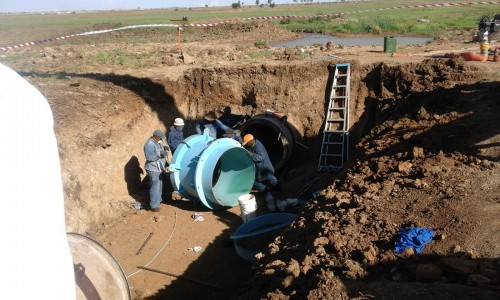 He says water are being distributed in water tanks to affected areas including Langenhoven Park and Rocklands. Khedama apologises to residence for any inconvenience caused and once again appeals to all to continue using water sparingly and cautiously.