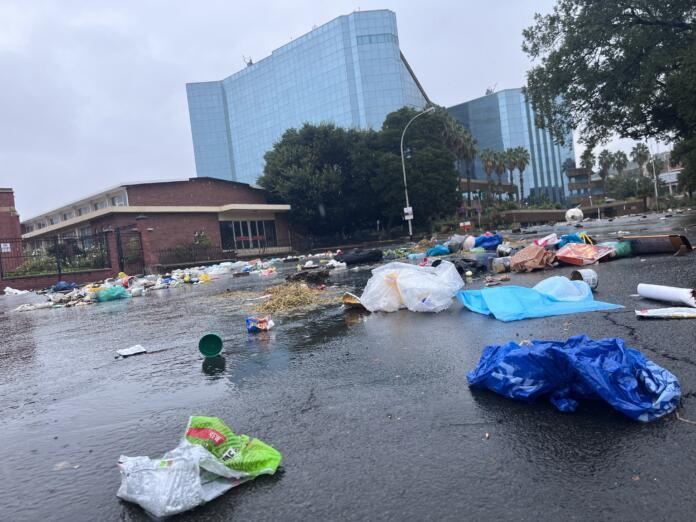 The troubled Bloemfontein-based, Mangaung Metro Municipality is expected to be in the hot seat today during the National Council of Provinces’ (NCOP) sitting.

This after metro officials absconded from site visits by the NCOP delegation at the Wepener and Dewetsdorp sewerage works on Wednesday. The NCOP delegation has been on oversight visits across towns in ailing municipalities this week, which includes the Mangaung Metro, and the Trompsburg-based Kopanong Local Municipality.

In a statement, the NCOP says the permanent delegate to the NCOP from the Free State, Itumeleng Ntsube, who is chairing these oversight visits in the Free State over five days, expressed frustration with the municipal officials’ lack of accountability.

The metro came under scrutiny on Monday during the NCOP sitting, where its debt of millions of rands to the water board Bloem Water was discussed.

The lack of water supply and the use of bucket toilets was described as a serious challenge by members of the delegation during the sitting in the Fourth Raadsaal, housing the Legislature in Bloemfontein.

These municipalities, including Mangaung Metro, the Masilonyana Municipality, and the Kopanong Municipality made presentations to members of the Select Committee, amongst others on water and sanitation, on Monday.

On Monday, the Metro vowed to address and fix the water and sanitation issues. The Metro told the NCOP delegation that it plans to increase water supply from 31% to 49%.

During the briefing of NCOP members by the Mangaung Metro, mayor Mxolisi Siyonzana raised a concern with NCOP members, namely that the Metro and Bloem Water, which supplies over 50% of Mangaung residents with water, are yet to renew a service level agreement. Siyonzana said his concern is that every time the two entities need to renew the contract, it’s being presented with unending issues.

The Chief Executive Officer (CEO), Limakatso Moorosi, on Monday to the NCOP sitting that the total debt by the Free State municipalities to the institution is more than R1 billion.  She said Kopanong owes R500 million, whilst Mangaung is at least now adhering to its payment commitment of R2 million.