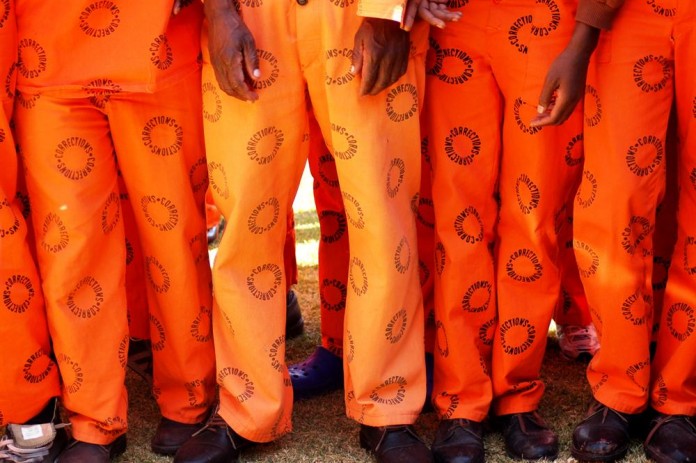 The two inmates, Sibusiso Nkosi and Abraham Mabe, who held a doctor and a nurse hostage at Mangaung Correctional Centre (Group 4) outside Bloemfontein appeared at the Bloemfontein Magistrate court today on charges of kidnapping and assault.

There was a twist to the case when the third suspect, Thobile Gwita (34) appeared with them in court. Thobile who was working in the welding department was charged with the two after it was revealed during investigation that he was part of the plot and he is alleged to have supplied the former two with weapons that were used to threaten the hostages. It is alleged that he failed to secure appointment to see the doctor on that fateful day hence he was not with the suspects during the commission of the crime.

The case was postponed to the 15 January 2013 to allow the suspects to obtain legal representation and for further investigation.