This is according to Cope councillor Barnard Mononyane. He says Kabagambe is allegedly not going to work because he is being investigated by the Hawks for an alleged fraud and corruption.

Mononyane was speaking at the special council meeting that took place at Bloemfontein on Wednesday. He says an independent investigator mustn’t focus only on Kabagambe’s medical certificates that he provided to the Mangaung council.
Mangaung speaker Mxolisi Siyonzana says Kabagambe will be taken to a doctor of their choice for further investigations. Cope’s Mononyane believes that the municipality is dodging the main issue.

“We as Cope, the DA and Freedom Front Plus didn’t agree with the municipality’s decision, we wanted to expand the investigations. We have the Airport Development Node which there is an investigation underway conducted by the hawks in that regard. Kabakagambe is out of the country as we have received information provided to us from council that there are sick notes that come from Uganda,” he says.

Mononyane explains that Kabagambe has been continuously submitting sick notes from April this year.

“We have nothing personally against Kabagambe, we just want things to be done in a fair way and in a transparent manner so that at the end of the day, the community of Mangaung must be able to benefit what is due to them,” says Monyane. 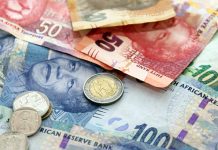