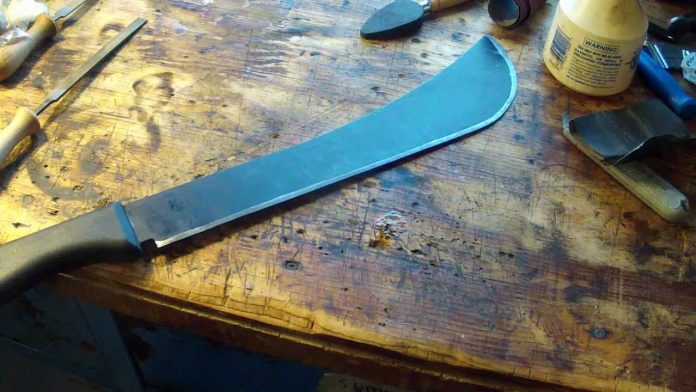 A man has been brutally murdered in Thabong, Welkom police have launched a manhunt searching for the murderers.

According to police, a search is on for the murderers who killed 27-year-old Pekejane Makotsane on Sunday morning. Police say they were called to the scene and on arrival they were shown a body of a man who was lying down near the door of the caller.

“According to the caller the man came running to her house and fell down after he was attacked by people unknown to her. On closer inspection it was discovered that he has sustained multiple stab wounds on his body.  He was certified dead by Emergency Medical Services (EMS) on the scene and was taken to Welkom State Mortuary.”

No-one has been arrested.

Khosana further mentioned that it was also revealed that before his untimely death, Pekejane was with his girlfriend when he was attacked. It is alleged that the couple was walking from one of the drinking places when a motor vehicle stopped near them.

“The three occupants of the motor vehicle, armed with pangas, attacked him. Pekejane ordered his girlfriend to run away, which she did. The girlfriend returned to the scene later and found Pekejane already lying on the ground. The motive for the murder is currently unknown,” he said.

The case is being investigated. The community is requested to assist in tracing the suspects. Police request anyone with information to contact Sergeant Johannes Nel of Thabong SAPS Detective Unit, who is investigating the case, on the following number 082 806 8432.