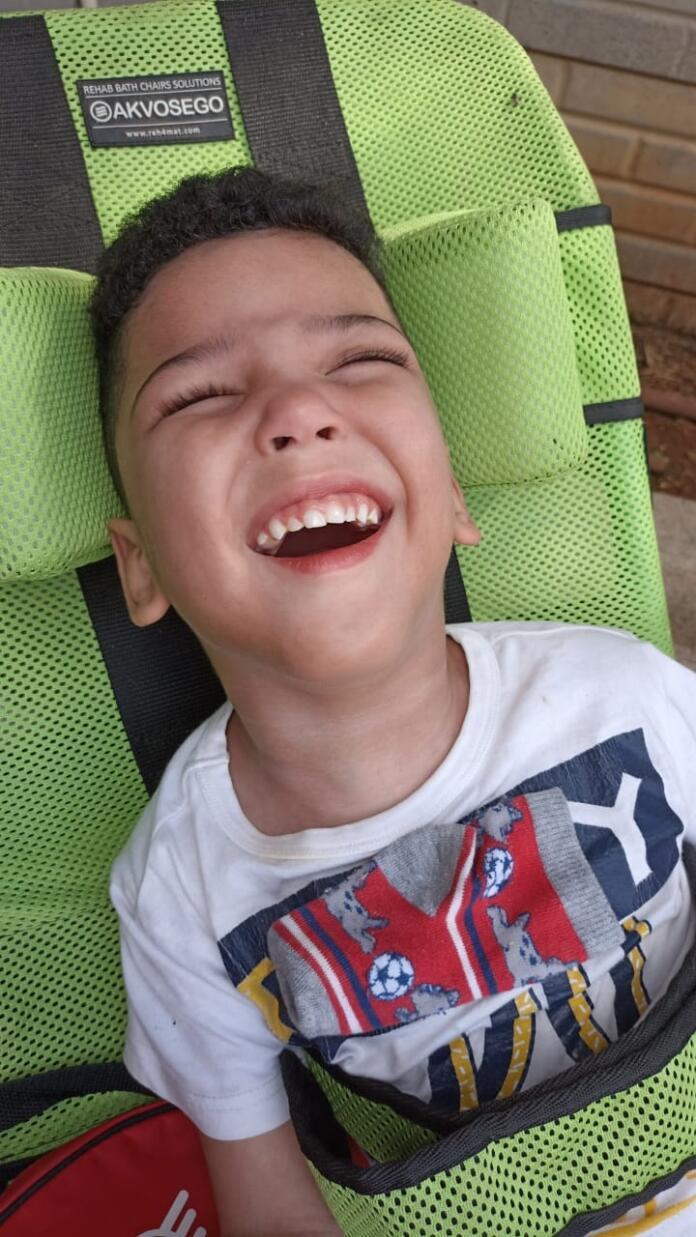 The Smiles family would have never anticipated that an almost 10-minute-long seizure would change the course of their son’s life forever.

But even through the daily challenges of balancing caring for a special needs child and their two other children, the family chooses to focus on making the little miracles in their lives count.

Azealin Smiles, who is now four and turns five in October, was diagnosed with Spastic Quadriplegia Cerebral Palsy with Brain Atrophy and Epilepsy when he was merely 10 months old. He is also blind in his right eye.

He was a normal happy child until he was rushed to hospital on 9 August 2018, as he started having seizures. According to his parents, Angelo and Ansha Smiles, the doctors struggled to stabilise him and they almost lost him. Angelo and Ansha says that after seeing his brain scans and evaluating his tests, Azealin’s doctors did not have much hope that he would make any type of movement or effort to communicate or even chew or swallow food.

“They said my child will basically be a vegetable. They said he won’t move, eat or be able to show any kind of emotion. He has been proving them wrong every time. My child knows that I am his father, he knows who his mother is and he can distinguish between his siblings. He laughs, smiles, and communicates with us by means of sound. We feed him and he is able to eat. He loves meat,” says Angelo.

“He basically can do a lot of things that they said he couldn’t. They wanted to give him a feeding tube but I refused and insisted on feeding him myself and four years down the line, with assistance, he can eat and drink his bottle,” says Ansha. “Azealin’s milestones can’t be tracked as a normal child’s as he will forever be a baby. But every time he lifts his arms, moves his head, or laughs with us, that is a milestone for us and we see these as little miracles,” she adds.

Through donations and saving they were able to get a buggy and bath chair for him but they are currently still in need of a standing frame, specialised bed, a ramp for his buggy, and later his wheelchair.

Azealin also needs weekly physical therapy, as well as occupational therapy, which their medical aid refuses to pay at this stage. He needs to see the paediatrician and needs to have tests done regularly. He has seizures or tremors more than once a day and needs medication to minimise the seizures and the effect it has on his brain.

The Smiles family reached out to Arms of Mercy (AOM), as some of the medical expenses not covered by the medical aid is a challenge. AOM is a NPC that raises funds for children living with cancer, rare diseases, and special needs through the sale of unique, handmade charm bracelets and other accessories.

To support Azealin, you can get your bracelet for as little as R35 by visiting  www.armsofmercy.org.za/stories/azealin-smiles-cerebral-palsy-fundraising