A MOTORBIKE rider, believed to be in his fifties, is in a critical condition after he suffered a traumatic amputation of his lower leg when he crashed his motorbike on Woodland Hills Blvd in Bloemfontein last night.

ER24 paramedics from Bloemfontein that arrived on the scene found the man near his Harley Davidson with critical injuries. Although the circumstances surrounding the incident are not yet clear, it is understood that the man apparently lost control of the motorbike and crashed, resulting in him sustaining several injuries.

According to paramedics on the scene, the man lost a lot of blood and they had to act quickly to save his life.

Paramedics stabilised the rider on the scene before rushing him off to Mediclinic Bloemfontein for further medical care.

It is understood that his son was riding behind him when the incident occurred. 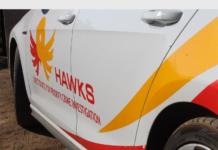