There were talks that the player will be making a comeback to top flight rugby after hanging up his boots in 2014 due to a back injury.

Courant spoke to Liebenberg last week and he conceded that he wants to make a comeback. It is something that he has been working towards for the past four months.

The burly hooker, however, stressed that at this stage it’s only a goal, not something that is set in stone. First he wants to prove himself and see if he can still take the punch after nearly a year and a half away from the game.

Since leaving Cape Town, Liebenberg moved back to Bloemfontein where he is in business with his father.

He is currently training at the Free State Sport Science Institute and at the Central University of the Free State Ixias, where he is also helping out with the coaching leading into the Varsity Cup.

Liebenberg didn’t partake in the actual training this morning, but was helping out at the forwards in a consulting capacity.

“At this stage all my focus is on getting the six hookers that are here as well equipped as possible for the Super Rugby,” said Liebenberg.

“I’m here out of my own will, I asked if I could come help and come learn and this is where we are at now,” he added.

The experienced player said he was impressed with the talent he has seen in the hooking department.

“Very good, I think there is a lot of talent. Like what I’m seeing from a technical point of view, the guys are well equipped,” he said.

“I think Corniel (van Zyl) knows what he’s doing, Daan (Human) knows what he is doing and with Franco (Smith). It’s a great coaching staff.

“These are guys who played. In the past it was always easier for me to listen to a guy who has been there and knows what it’s all about.”

Namibian international hooker, Torsten van Jaarsveld, who is considered to be the front-runner to don the number two jersey, told Courant that they are all glad to tap into the experience Liebenberg brings to the table.

“I think he has a lot of experience and he is getting up to go a foot higher than usual. We will definitely use his experience in the upcoming season.

“I think he will be a massive investment for the Cheetahs and he will fit well into our system.”

Liebenberg will be taking part in active training in the coming days and weeks, however, at this stage it to remains to be seen if he will make a return as a player, or if he links as a consultant or possibly even as a coach. 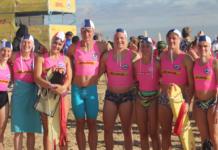 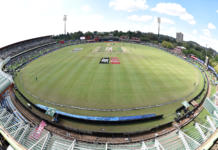 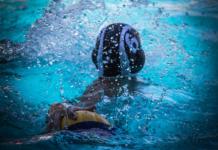 A solution to load-shedding

Kyrios Arts Fest to be held