The killing of legendary Free State musician, Peter Nthwane, has sent shockwaves around the province and nation.

Nthwane, who was killed at his home in Phase 6 in Bloemfontein, was shot in the forehead and in the hand.

The killing happened on Friday 11 November 2016 at about 20:30. The Free State MEC for Sport, Arts, Culture and Recreation, Nokwanje Leeto, expressed her condolences to the muso’s family and friends.

Leeto also said she’s still in disbelief at Nthwane’s untimely death. Leeto further went on to say, “Mr Nthwane’s legacy is that of a hero in our society who dedicated most of his life towards changing South Africa’s music landscape for the better.”

Leeto said: “Indeed the people of the Free State shall forever be indebted to Mr Peter Nthwane and the rich legacy he has left behind. Though he may be gone among us, his ‘melody’ lingers on!”

Family spokesperson and Nthwane’s manager, Khahliso Pitso, said the details for the funeral are at this point unsure. Pitso explained that this is because the family is conflicted on whether to have the funeral at Brandfort, where Nthwane’s legal wife and children live, or here in Bloemfontein, where he was living and worked. Pitso also confirmed that though the venue is unconfirmed, the memorial will be held in Bloemfontein.

Nthwane’s death has sparked an outcry and a “Say No to Guns” campaign among members of the Free State community. He is the third prominent figure in recent months in the Free State to be killed with a gun.

The first was former Mamelodi Sundowns player, Alfred Helepi, who was shot and killed earlier in March of this year at his home. Then there was Thato “DJ BlueBond” Booysen, who was also shot 4 times at a local grill and pub spot in Bloemfontein.

Thandi Mbambo, police spokesperson, in her initial statement to Bloemfontein Voice said that the lady who was taken in for questioning was his wife. However, we have since learnt that Mbambo simply called the woman his wife in lack of a better way to address her.

The woman, whose name is known to Bloemfontein Voice, was in fact his common law wife in Bloemfontein, while his legal wife resides in Brandfort, Free State. Mbambo confirmed that the common law wife has since been released from questioning and there are no suspects in the slain muso’s murder case.

Mbambo has appealed to members of the public to come forward with any information that may lead to the arrest of suspects and contact Detective Warrant Officer Ramasoala at 082-465-5884. – Pulane Choane
pulane@centralmediagroup.co.za 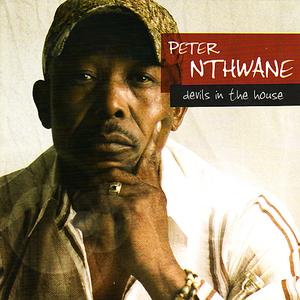 Peter Nthwane began his career in the entertainment industry as a Ballroom and Latin dancer in the 1970s.

He was highly talented, which led to him becoming a South African champion in the Ballroom and Latin divisions.

In 1987 Nthwane produced and directed his own drama, Siyababa. His interest in the entertainment industry continued to grow.

In 1992 Nthwane became interested in music and started learning to play the trumpet. He attended musical workshops and was one of the artists assisted by Pacofs through the Vuka Music Festival Workshop in the Free State.

He released his debut album in 2002 – The beginning of the road. He later released his second album in 2003 – Time to walk on fire. The two albums did exceptionally well, with more than 30 000 copies sold.

Nthwane was working solely with his management company, My Flow Records, during this time. In 2004 Nthwane signed a deal with record company, Sheer Sound, and they released his third album, Back to your roots, which contained reworked and reproduced versions of some of the classic tracks from his two previous albums as well as brand new compositions.

This album went on to sell more than 25 000 copies. Back to your roots was followed by Devils in the house and later he recorded a live concert DVD at the Sand du Plessis Theatre in Bloemfontein on 24 September 2008.

Nthwane has shared the stage with other musical legends including Hugh Masekela, Oliver Mtukudzi, Caiphus Semenya and Jimmy Dludlu. Ntwane has performed all over the country as well as internationally, including Lesotho, Uganda and Belgium.

His manager, Khahliso Pitso, says Nthwane showed all the signs of a burgeoning musical giant that became a national jazz hero. Pitso added that the response to his latest release, Ndabazabantu, has been overwhelmingly positive. – Seithati Semenokane
seithati@centralmediagroup.co.za